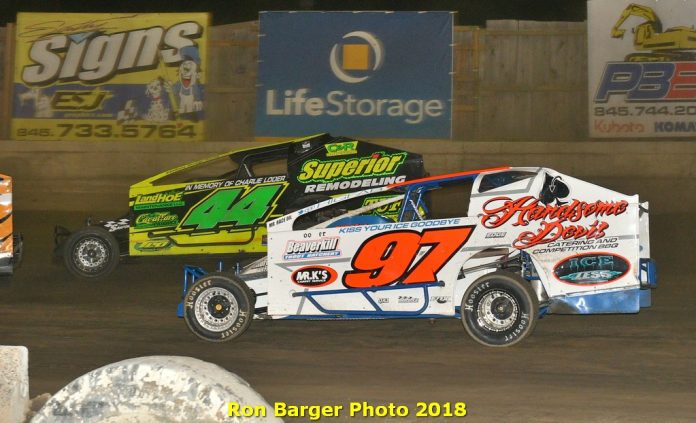 
That would change in 1950. Mark April 15, 1950 as the first official weekly stock car race meet at Orange County. Tex Enright, who gained more fame as a race track starter, won the feature that night. Russ Dodd, who posted seven feature wins in 1950, was the first stock car champion.

The first 1,000 fans through the gates on opening night will receive a Carl Van Horn commemorative souvenir, a red paisley bandanna, like the one fuzzy wore, bearing his name and iconic “71e” number. A special program with pictures and stories of Van Horn’s racing career will be available as well. Before and after the races, fans can enjoy free live music at the 31st Lap Tavern from the “Black Dirt Bandits” a local Hudson Valley band whose namesake bears a resemblance to Van Horn’s nickname “The Belvidere Bandit.” And as a special prize, the 1,500th admission on April 13 will receive two passes for the August 100th Anniversary Weekend.

###
If you would like more information about the Orange County Fair Speedway or Orange Motorsports and Entertainment, please call Jake Meier at 845-587-0836, or email jmeier@omeevents.com