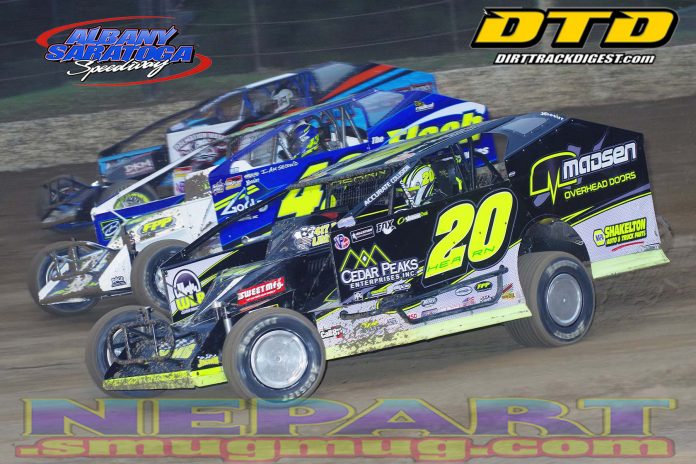 MALTA, NY – What do the current points leader in the NASCAR Gander Outdoor Truck Series, the winningest driver in the history on dirt track modified racing and one of the 2019 inductees into the Northeast Modified Hall of Fame have in common?

They will all be at Albany-Saratoga Speedway Friday for opening night of the 2019 racing season, highlighted by the 54-lap “Come ‘N Get It” modified shootout, which will pay $5,400 to win.

The driver from the Gander World Truck Series is Stewart Friesen of Sprakers, N.Y. Friesen made four stops at Albany-Saratoga Speedway last season, and walked off with two wins, one in the $10,000-to-win “Big Show” Super DIRT Series race.

The winningest driver in the history of dirt track modified racing is Brett Hearn of Sussex, N.J., who enters the 2019 season with 911 wins, including 133 at Albany-Saratoga, where he tops the all-time win list. The eight-time track champion had two victories at the historic Malta track last year, but hasn’t won a big-dollar race at the speedway since 2013.

The Hall of Famer is Pat Ward of Genoa, N.Y. Ward, who turned 62 in March, is one of the most popular drivers in Northeast dirt track racing history, but has never won a race at Albany-Saratoga Speedway, His best finish was a third in the CVRA vs. The World feature in 2004


In addition to Friesen and Ward, the list of invading drivers who have told promoter Lyle DeVore they’ll be competing in the “Come ‘N Get It” modified shootout are Billy Decker, Larry Wight, Ryan Watt and Mat Williamson.

Decker and Wight have been to victory lane at Albany-Saratoga Speedway before. Decker was a regular at the speedway during the mid 1980s. His biggest wins include the USNA New York 200 in 2000 and the Advance Auto Parts Syracuse qualifier in 2005.

Wight scored his only career win at the Malta track in the 2015 season opener.

Joining Hearn in defending their home turf will be 13-time track champion Ken Tremont Jr., Ronnie Johnson, Marc Johnson, Keith Flach and Matt DeLorenzo, who had a three-win season in 2018.

Coming off a practice session that saw over 100 cars get in some track time, DeVore is excited about opening night.

“I think this is going to be a great race for the fans,” he said. “These guys are going to be going all out from the opening green flag. The track is in good shape and I can’t wait to get started.”

Racing on Friday night will begin at 7 p.m. In the event of rain, the “Come ‘N Get It” program will be run on Tuesday, April 23. 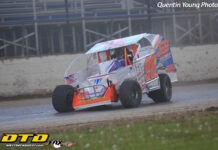