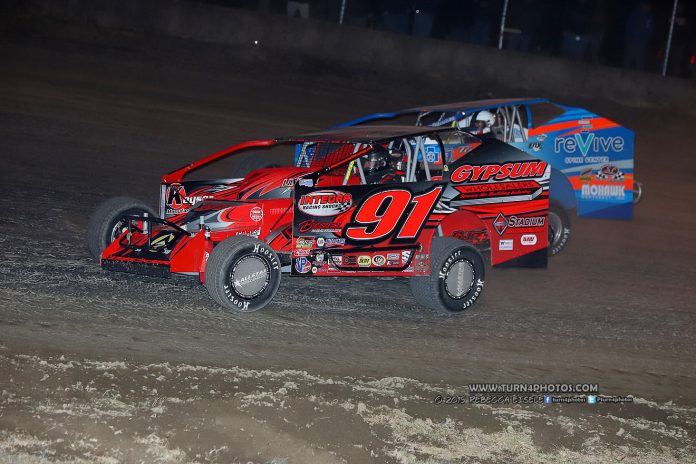 FULTON, NY – After a successful Test & Tune this past Saturday, the Fulton Speedway is primed for a big two-day show this Friday and Saturday, April 26-27 with the ‘Highbank Holdup weekend featuring the Modified Super DIRTcar Series, DIRTcar Sportsman Championship Series and Lucas Oil Empire Super Sprints.

Last season over 30 cars signed into the pits for the Empire Super Sprints with Paul Kinney taking the exciting win over Jason Barney, Danny Varin, Shawn Donath and Steve Poirier from Quebec, Canada who went on to win the 2018 series championship.

In the DIRTcar Sportsman Championship Series, Shane Pecore made the long tow from Canada payoff as he took the big win over Matt Janczuk, Kevin Root, Jessica Power and Dave Marcuccilli.

Saturday, April 27 will see the stars and cars of the ground pounding Modified Super DIRTcar Series do battle in the ‘Highbank Holdup 100’. Joining the SDS will be the first track points race for the DOT Foods DIRTcar Sportsman and the Billy Whittaker Cars & Trux RUSH Late Models.


Fans of Modified Super DIRTcar Series regular Billy Decker from Unadilla, NY got really excited when it was announced he would be teaming again with car owner John Wight and crew chief Scott Jeffery and be back behind the wheel of the Gypsum Express/Stadium International Trucks/LJL Kevlar Racing Engines.No.91/Bicknell. Not only is Decker a former Fulton Speedway track champion, he is in the top-five in track feature wins and has three-straight ‘Highbank Holdup 100’ victories coming into Saturday.

Another tour regular with a lot of Fulton Speedway accomplishments is Jimmy Phelps from nearby Baldwinsville, NY. Driving the J&B Installations/HBR/Mohawk Northeast/No.98H/Teo. Phelps has track championships and three prestigious Outlaw 200 wins that makes him a contender every time he unloads his car at the speedway.

Camping for the weekend is free. 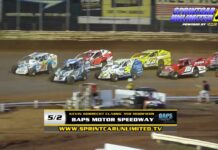