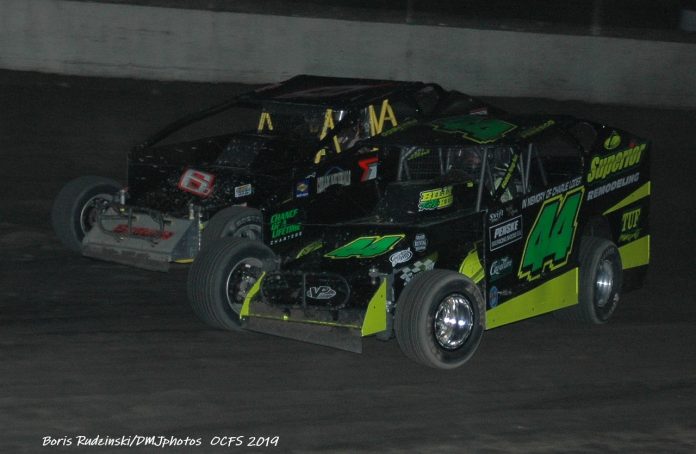 MIDDLETOWN, NY – Honoring one of racing’s most popular drivers from past years, Orange County Fair Speedway (OCFS) presents The Devil Made Us Do It “666” – Bobby Botcher Tribute night on Saturday, May 11. This special program features both the Big-Block and Small-Block Modifieds, with the winner of each Modified feature taking home $6,000. But if a single driver sweeps the night—wins both Modified features—he or she will need a Brinks Truck to take an astounding $18,000 to the bank! Orange County’s super competitive Sportsman as well as the full-fender Street Stocks will complete the four division night of racing. Qualifying events will set the fields for the evening’s feature races.

The May 11 night also pays tribute to Bobby Bottcher, Orange County’s 1973 Modified champion and the winner of 26 feature races between 1970 and 1979. Among the victories were the 1978 and ’79 Super DIRT Modified Series Syracuse Qualifiers and, even more significant, the 1974 Eastern States 200. For much of his racing career, both at Orange County and especially Nazareth Raceway, Bottcher drove No. 97 for the Higbie Brothers, and the No. 666 for the Ritter-Kleintop team. He was equally successful for both organizations.

Bottcher will be in attendance, and so will his son, Steve, who also raced and won on the Orange County Hard Clay. Steve’s OCFS record includes 17 Sportsman/Small-Block Modified victories and six Big-Block Modified wins. Steve was the 1982 Sportsman division champion.

Adult admission to Orange County Fair Speedway weekly races is $20, with children 10 and under $5.00. There is a $1.00 car fee for the Drive-In section. Race fans will receive a free program as they pass through the turnstiles. In addition, there will be free music at the 31st Lap Tavern.

The 2019 season marks Orange County Fair Speedway’s second year under the stewardship of Orange Motorsports and Entertainment LLC. Look for continued changes and improvements to the historic speedway as the season progresses.

Advance and season ticket sales and additional information is available at the Track Office. Call 845-342-2573 during business hours. Fans and competitors are reminded to visit the speedway website for the latest track news: www.orangecountyfairspeedway.net