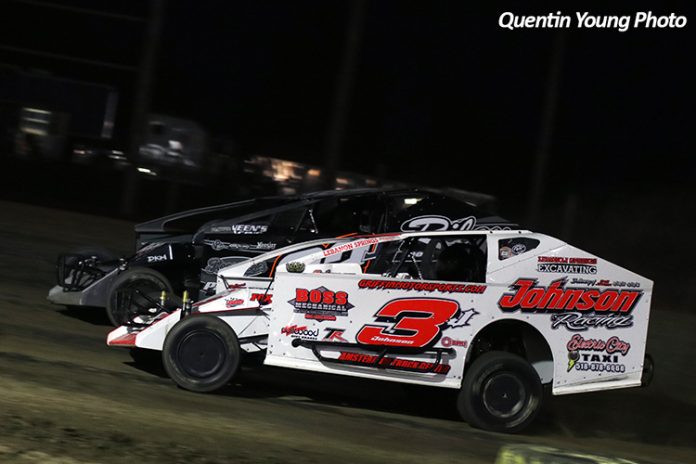 VERNON, NY – For the second year in a row the Utica-Rome Speedway is slated to start the season with a visit from the DIRTcar 358-Modified Series after Mother Nature’s vengeance has taken the first three events. The 100-lap, $4,000 to win event will be the highlight of the Mother’s Day Special racing action presented by St. Lawrence Radiology Associates PC and VP Racing Fuels on Sunday, May 12.

The last two DIRTcar 358-Modified Series events at the speedway have been thrillers. Last season, during the Mother’s Day event, fans were treated to an epic battle between Matt Sheppard and an upstart Jeremy Wilder. The duo swapped the lead multiple-times late in the feature event before it was Sheppard claiming the checkers over Wilder at the line.

In October of 2016, Mat Williamson pulled off the upset of upsets coming from mid-pack at the halfway point of the 100-lap race to pass both Sheppard and Utica-Rome’s all-time winningest driver Stewart Friesen. He got to the lead with only a handful of laps remaining before taking home one of the biggest wins of his career.

A strong car count is expected for the first event of the newly unified DIRTcar 358-Modified Series tour as drivers from all over Northeast are expected to be in attendance. Several drivers from the provinces of Ontario and Quebec have made their intentions known that they’ll be in attendance on Sunday night as well. Last season 35 cars were pit-side for the series opener.

Qualifying for the DIRTcar 358-Modified Series on Sunday night will feature group time trials, heat races and consolation events to make up the starting grid for the 100-lap race.

Also competing on Sunday night are the Broedel Fuel Group DIRTcar Sportsman along with the Ted’s Body Shop DIRTcar Pro Stocks. They will draw for starting position in their heat races with a heads up start being utilized to line up each 20-lap feature. The Rookie Sportsman have been added as well. They will have a hot lap session and draw for feature starting line-up. They will conclude the night’s program with a 15-lap main-event.

Pit gates open at 3 pm while spectator gates swing open at 3:30 pm with the heat races beginning promptly at 6 pm for opening night. Adult general admission for the opener is set at $20 with seniors/military members/students 17-18 just $18 while kids 16 and under are free. Pit admission for the night is $35 for DIRTcar members and $40 for non-members.