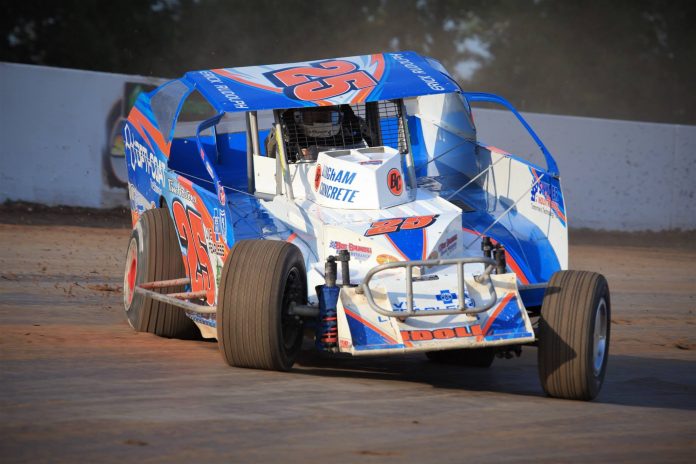 WEEDSPORT, NY – Weedsport Speedway and DIRTcar officials are proud to announce that all Big Block Modified and Sportsman events held at Weedsport Speedway in 2019 will be part of the lucrative Hoosier Racing Tire Weekly Championship.

The Hoosier Racing Tire Weekly Championship point standings are calculated by totaling a driver’s best 16 finishes across all DIRTcar Northeast sanctioned events in the season.  The overall Big Block Modified champion will earn $5,000, while the Sportsman champion will take home $1,000 from the year-end DIRTcar Northeast Banquet.

Weedsport Speedway will host a total of six Big Block Modified events in 2019 starting with the A-Verdi Storage Containers Empire State Challenge on Sunday, May 19 with further events on Monday, May 27, Sunday, June 9, Sunday, June 16, Sunday, July 28 and Monday, September 2.

A total of five Sportsman events will take the green at The Port in 2019 starting with Heroes Remembered Weekend on Monday, May 27 followed by Tuesday, July 2, Sunday, July 28, Sunday, August 11 and Wednesday, October 9.

“I am excited that all Big Block and Sportsman events at Weedsport will be part of the Hoosier Racing Tire Weekly Championship,” said Super DIRTcar Series and DIRTcar Northeast Director, Dean Reynolds.  “Jimmy (Phelps) and I were looking at the schedule for this year and how it was set up.  We both noticed several races for Big Blocks and Sportsman that aren’t Series events.  Jimmy has agreed to sanction those events, so now all will count.  It’s a great way for a team from another track to come to Weedsport on an off night to look to improve on their 16 best finishes towards the Hoosier points.”

“Anytime you race at Weedsport, it’s a big deal,” said Phelps.  “But, with all of our Big Block and Sportsman events now linked to the Hoosier Racing Tire Weekly Championship, there is that much more to race for.  It is a great incentive for teams and we look forward to being part of it.”

Camping and tickets are currently available online for all 2019 events at www.weedsportspeedway.com.  Click on the “Tickets” tab at the top of the screen to learn more.