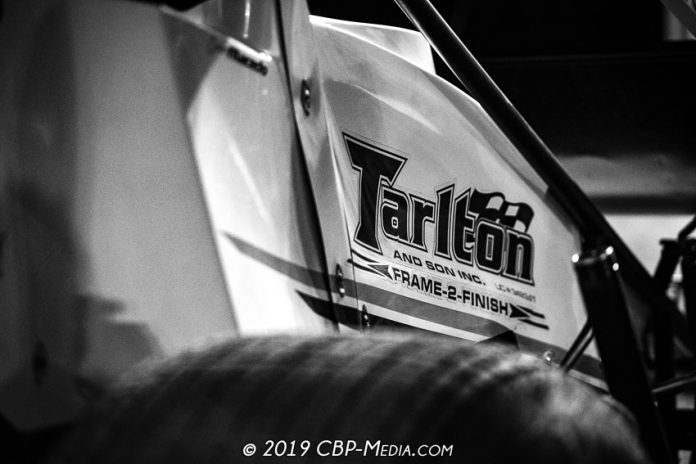 WEEDSPORT, NY – When the World of Outlaws NOS Energy Drink Sprint Car Series rolls into Weedsport Speedway this Sunday, May 19, fans may need to double-check their programs and scoring apps.

Several team shake-ups in the off-season have led to seat swapping in 2019 and positive results for all involved.

Of those making changes, Daryn Pittman has led the way in the early season, riding third in the standings as of Friday, May 10 in the Roth Motorsports No. 83.

A former World of Outlaws series champion driving for Kasey Kahne Racing, Pittman was forced to find a new ride this season when KKR consolidated their efforts for 2019.  Pittman landed with the always competitive Roth effort, winning the first two events of the year at Florida’s Volusia Speedway Park.

Joining Pittman with two wins on the season is David Gravel, the new full-time pilot of the Jason Johnson Racing No. 41.

From 2016-2018, Gravel competed behind the wheel of the CJB Motorsports No. 5, winning 32 A-Mains in three seasons.  However, following the untimely passing of former Knoxville Nationals champion, Jason Johnson, Gravel was given the call to take over the seat of the always potent No. 41 in 2019.

Gravel rides fifth in the standings as of May 10, just behind another driver moving to a new team, Carson Macedo.

Macedo, Weedsport’s All-Star Circuit of Champions A-Main winner in 2018, is competing in his first full-time season with the Outlaws, filling the seat in the Kyle Larson Racing No. 2, vacated by Shane Stewart.

Macedo has one World of Outlaws win this season, coming at Silver Dollar Speedway in Chico, CA, with 12 Top 10 finishes in 14 starts.

With all this said, Shane Stewart slides into the CJB Motorsports No. 5 for 2019.

Stewart, a 33-time World of Outlaws winner who finished second in the championship standings in 2015, sits seventh in the points as of May 10 with eight Top 10 finishes in 14 starts.

These new-look competitors join the rest of the full-time Outlaws at Weedsport in 2019 including current series point leaders Donny Schatz, in the Tony Stewart Racing No. 15, and Brad Sweet, in the KKR No. 49.

Fellow Outlaws Logan Schuchart, Ian Madsen, Sheldon Haudenschild, Kraig Kinser, Brent Marks, Jason Sides and Jacob Allen will be in the pit area as well fighting for the victory in the Empire State Challenge, won last year by Marks in a thrilling battle with Haudenschild.

The most recent winner on the Outlaws tour this season is 10-time series champion, Donny Schatz.

Schatz dominated night one of “Lets Race Two” at Eldora Speedway on Friday, with night two lost to rain.  The victory at Eldora, his second of the season, moved Schatz to the point lead over Sweet and gave Schatz his 14th consecutive top ten finish to start the season – the only driver to finish in the top ten in all 14 races this year.