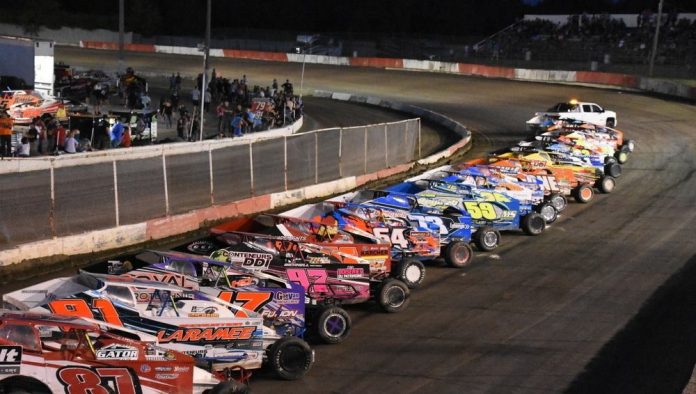 GRANBY, QUE – After seeing Mother Nature steal the show last friday night, Autodrome Granby has decided to reschedule the Kick-Off Challenge event to this friday, May 17th. As a way to start the new season in style, they have a 50-lap event for the Modified with the winner walking away with 3 000$. An attracting purse has been put up so a good field of Modified drivers is expected for the event.

Sportsman will also be on tap with a 30-lap feature. It will be interesting to see which driver will win the first battle in what is sure to be an entertaining championship race. Same goes for the Pro-Stocks and Sport Compacts who will also be in action for 30 & 20 laps respectively.

During the intermission, the Slingshots will be in action on the Short Track in the infield. It will be the first race of the Canadian Series which is sure to be fun to watch. A nice way to see the next up and coming stars.

On top of that, the first 500 people through the gates will receive a gift so be sure to be there early on friday night. VP Racing Fuel is the official sponsor of the event, so few surprises are in store for the people in stands courtesy of VP.

The Kick-Off Challenge will give the fans some exciting racing action as we’re ready to finally start this 2019 season, we hope to see you there!