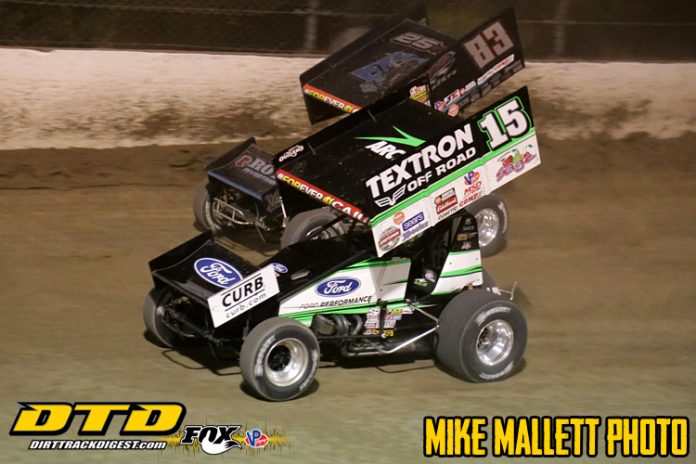 Renown for the most unique victory lane in all of motorsports, filled with pomp and circumstance surrounding the post-race crowning of the “King,” the winner’s purse has remained steadfast at $50,000 since the inaugural Kings Royal in 1984.

With today’s announcement, the posted awards for the week, including point fund contributions and specialty awards, bring the 2019 Kings Royal Weekend purse to $594,275. A massive increase from just a few years ago when the purse monies stretched to $181,000.

In keeping with the theme of ‘To the Victor Goes the Spoils,’ the prize money for second place will remain at $20,000.

The 2019 edition of Kings Royal Weekend actually kicks off on Wednesday, July 17 with the re-scheduled World of Outlaws NOS Energy Drink Series and USAC AMSOIL National Sprint Cars “#LetsRaceTwo Doubleheader” that was interrupted by rain on Saturday, May 11. The #LetsRaceTwo event will be restarted in its entirety.

Prior to this announcement, reserved seats, tickets and campsites were selling at a record pace. Make your plans now by calling (937) 338-3815 or select and purchase online at www.EldoraSpeedway.com