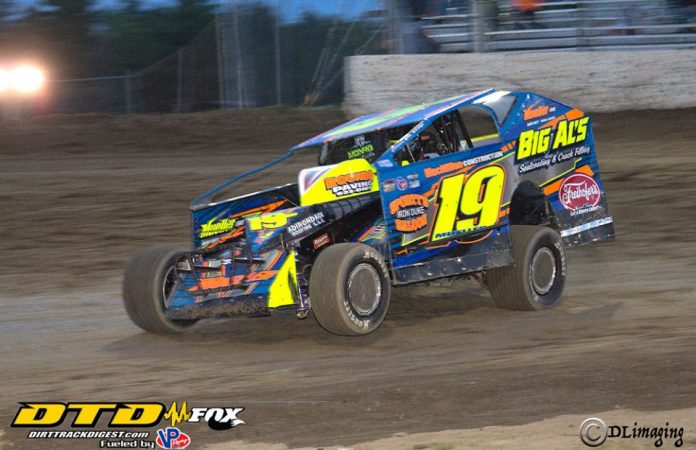 The 11-year-old Ballston Spa native had to fend off late challenges from Quebec veteran, Patrick Picotin. McGrew Jr. opened up the bottom lane on two occasions and Picotin looked underneath, but couldn’t complete the pass.

Picotin had to settle for the second spot, while Adam Pierson drove to third from the 15th starting spot. Lonnie Rivers and Jamy Begor finished fourth and fifth, respectively.

“I’m really happy to get this first win at Airborne,” McGrew Jr. said. “We have been busting our butts up here and I really have to thank Bucko and Tammy Branham for exposing us to the track.”

Jessey Mueller of Olmsteadville scored his first win of the season in the 30-lap Egglefield Ford 358-Modified feature. Mueller made a pass on lap-21 to get by Patrick Dupree and drive away to victory.


Dupree held on for second, while Chris Raabe drove to third. Jordan McCreadie and Dany Gagné completed the top five.

RJ Tressider won for the first time in the Novice Sportsman division and Josh LaPorte picked up his third win of the year in the Chris Frennier Motorsports Strictly Stock division.