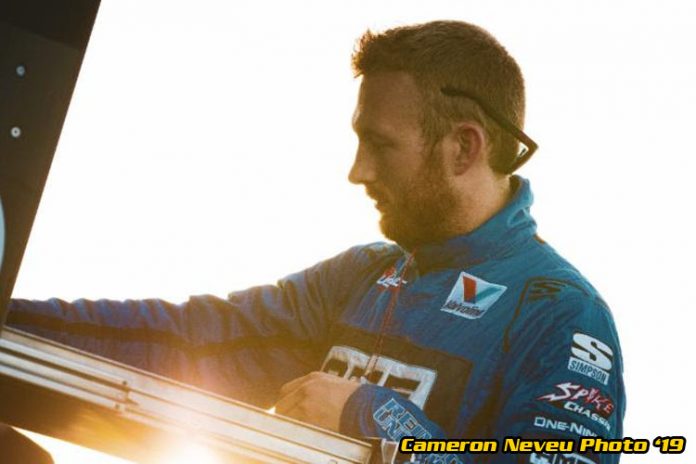 SPEEDWAY, IN – More often than not, Eastern Storm has proven to be a harbinger of even more success.

In eight of the first 12 editions of Eastern Storm, the driver who claimed the annual mini-series in June translated that success to become a USAC AMSOIL National Sprint Car champion later that same year. Levi Jones (2007-10-11), Bryan Clauson (2012-13), Brady Bacon (2014), Robert Ballou (2015) and Chris Windom (2017) have previously found the correlation between Eastern Storm and USAC titles in the same year.

Newly-crowned Eastern Storm champion C.J. Leary sure hopes his name can be added to that list after wrapping up the title with a third place run Saturday night at Port Royal (Pa.) Speedway, followed by the cancellation of Sunday’s finale at Weedsport (N.Y.) Speedway.

The Greenfield, Ind. driver currently leads the USAC AMSOIL Sprint Car National Championship standings heading into the summer months where a multitude of events strung together can either make or break a championship run. Leary passed his latest test admirably to become the first Indiana-born champion of the Eastern Storm series.


Leary never once qualified outside the top-two in each of the three races this past week in the series that was shortened from five scheduled events due to rain outs at both BAPS Motor Speedway in York Haven, Pa. and Weedsport. He qualified 2nd at Grandview Speedway (Bechtelsville, Pa.) on Tuesday and at Bridgeport Speedway (Swedesboro, N.J.) as well, and finished strong, taking 2nd behind Brady Bacon at Grandview and a 5th at Bridgeport, a race won by Jason McDougal.

The half-mile at Port Royal served as Leary’s showcase where he blistered the one-lap track record by more than four-tenths. In his heat race, he proceeded to establish a new 8-lap record, lowering the standard two full seconds en route to a dominating victory after starting sixth. His name in the record book didn’t last as long as Leary would’ve preferred as Bacon took eight more tenths off in heat race two to establish a new record.

In the Port Royal feature, Leary worked his way to another consistent third-place result, which has been his calling card this year. In fact, Leary has yet to finish outside of the top-9 in 10 series starts this year with a win and a series-leading five Fatheadz Eyewear Fast Qualifying times to boot.

Consistently qualifying well, transferring through his heat and finishing in the top-five come feature time night-after-night will net positive results in the standings. It has thus far on the smaller weeklong scale of Eastern Storm. The 23-year-old hopes the success pays even more dividends in the long run toward the National championship by season’s end.