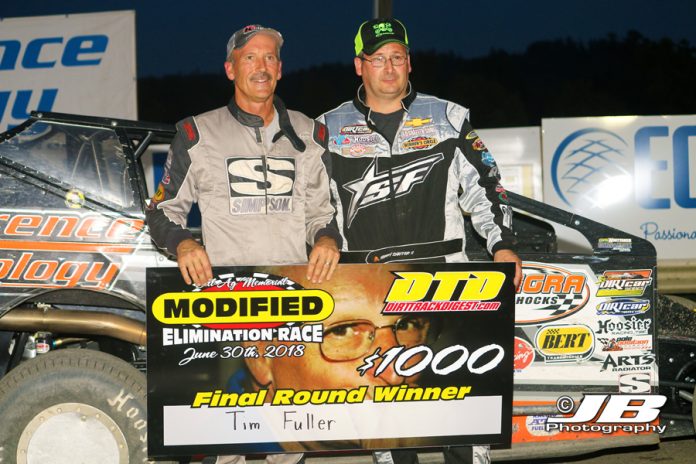 Tim Fuller is set to miss at least one week of racing action due to injury.  The veteran campaigner from Edwards, N.Y., is set for surgery tomorrow to repair a damaged ankle.

“I’m not going to be able to compete this weekend,” said Fuller.  “I went to the doctor today and did more damage to my ankle that needs to be taken care of.”

Fuller originally had surgery on the ankle a month ago, but because he got right back in the race car that may have caused the damage forcing him to go back under the knife.  As a result he feels he has no choice to sit out this weekend.

“I’m supposed to sit out two or three weeks,” mentioned Fuller.  “I’m hoping to heal up fast enough to get back in the car next weekend.  We’ll see how it goes.”


As a result, Fuller will be forced to to give up a night’s points at the Mohawk International Raceway where he currently leads the standings.  He’ll also have to give up his quest for the Brockville Ontario Speedway as a result of the injury.