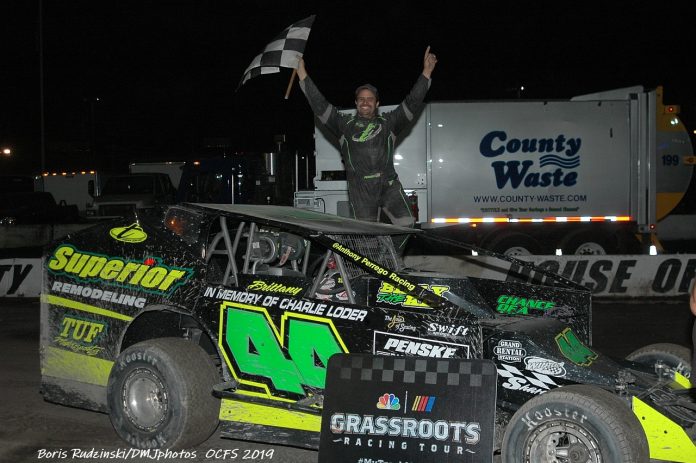 In the held over feature, Perrego took the victory over Tyler Boniface, Richard Smith, Mike Gular and Jerry Higbie.  The win earned Perrego the first ever “666” sweep bonus as he had won the previous $6,000 to win Big Block Modified feature on 5/18.  The win in the first feature on Saturday night was the second leg of the “666” sweep bonus, earning him another $6,000.  With victories in the previous two events, Perrego gets to take home yet another $6,000 check for both victories, earning him $18,000 in total for the three events.

In the nightcap, it was Perrego over Brett Hearn, Danny Creeden, Mike Gular and Brian Krummel.