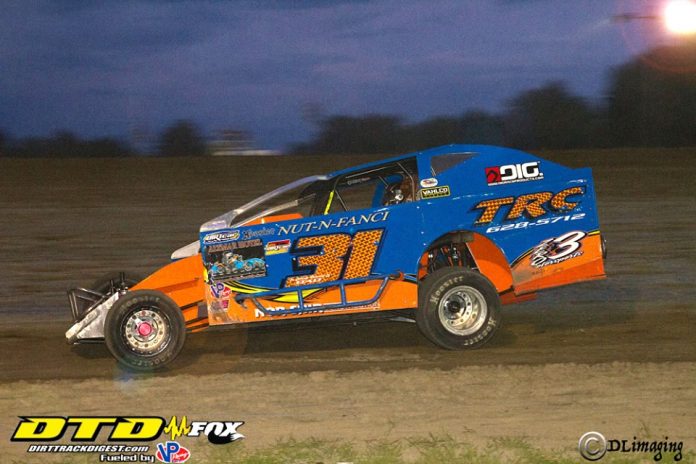 Willix held off several late race bids from Mike Mahaney to pick up his first win since May 18. Mahaney went to the outside in turns one and two, pulled even with Willix but couldn’t complete the pass. Mahaney held on for second with Chris Raabe, Steve Bernier and Jessey Mueller completing the top five.

Jamy Begor scored his first Poirier’s True Value Sportsman victory of the season coming from the seventh spot on the starting grid.

Codie Aubin led the first 22 laps of the event before Begor got around and took the lead for good. Jack Speshock came home in the second spot, while Adam Pierson drove from the thirteenth starting spot up to third. Bucko Branham and Aubin rounded out the top five.

C.D. Beauchamp picked up his second win of the season in the Hartson Total Opening Pro Stock division. Pascal Payeur closed onto the back bumper but had to settle for the second spot. Marc Lalonde, Mike White and Jocelyn Roy completed the top five.

Cody Meyers won for the second time this season in the Novice Sportsman division. Josh Pete and DJ Gonyo completed the podium.

Persistent rain showers forced suspended the Ernie’s Discount Tools Super Stock feature after three completed laps. The Frennier Motorsports Strictly Stock feature was postponed and will be made up next weekend.