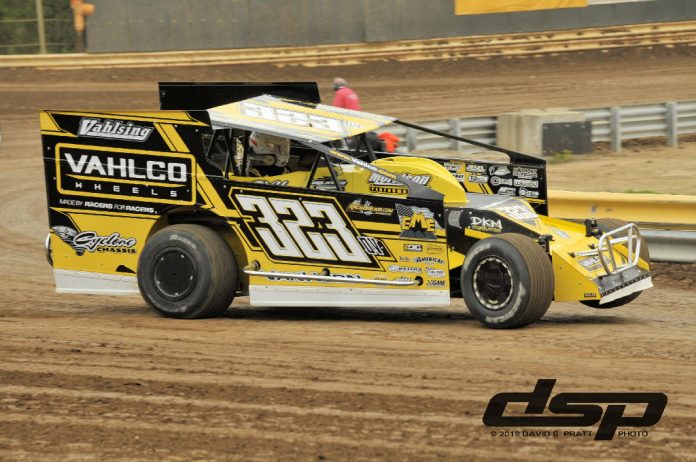 For the second consecutive year, the cameras of MAV-TV will surround the Sussex County oval for the VAHLCO Wheels ‘Blast at the Beach’ to record the Bob Hilbert Sportswear Short Track Super Series (STSS) Fueled By Sunoco event for broadcast.

If the 2019 edition is anything like last year’s version, fans are in for a memorable evening.

A year ago, the large crowd rose to its feet when Anthony Perrego and Craig Von Dohren drag-raced to the flagstand for the Sunoco Race Fuels checkered flags.

Von Dohren, of Oley, Pa., had led much of the race before slipping wide in turns three and four. Perrego capitalized on the move. But Von Dohren wasn’t about to settle for second.


On the final set of turns, Von Dohren drove the Dick Biever-owned No. 14s deep to the inside. Middletown, N.Y.’s Perrego, however, crossed the move and bested Von Dohren at the line with his Superior Remodeling No. 44.

The MAV-TV broadcast generated exposure and enthusiasm for the Short Track Super Series brand of racing as it replayed numerous times over the off-season.

The sixth annual ‘Blast at the Beach’ is a co-promotion involving BD Motorsports Media LLC and Eric Kormann. Run consecutively since its rousing debut in 2014, the event has become a must-see event for race fans in the late summer.

The ’19 edition is headlined by the STSS big-block/small-block Modifieds racing 35 laps for a $6,000 winner’s share, $1,000 for 10th and $400 to take the green flag. The event is the seventh of eight STSS Velocita-USA South Region presented by Design for Vision and Sunglass Central events en route to a $10,000 championship.

There is a rain date of Wednesday, August 28 in place for this event.

‘Blast at the Beach’ Past Modified Winners