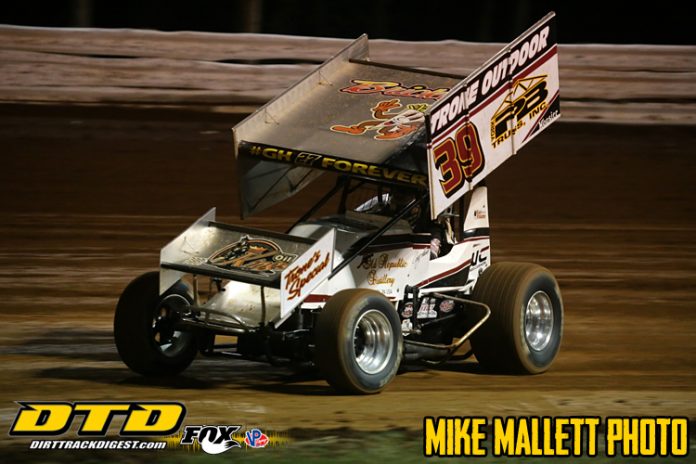 Aboard the Trone No. 39, Haas also started on the pole of his main event and took the lead over Robbie Kendall on the first lap.

The first caution flag of the race came out on lap six, erasing a 2.199 second lead that Haas had built over Kendall and Smith.

Smith used the inside on the restart to get by Kendall for second in the third and fourth turns before another caution flag with nine down for a slowed Adrian Shaffer again bunched the field.

Freddie Rahmer, who started 12th in the field, drove from sixth to fourth on the restart, getting by Kody Lehman and Brian Montieth.


Montieth later withdrew from the event.

Haas was in control using the cushion and seemed to be home free for the win when a final yellow flag again slowed the pace, this time with three laps to go.

Smith kept the pressure on Haas when green replaced the yellow flag but Haas withstood the challenges to pick up his ninth career oval victory by .420 seconds.

It was the York drivers first speedway win of the season.

Heats went to Kendall and Haas.