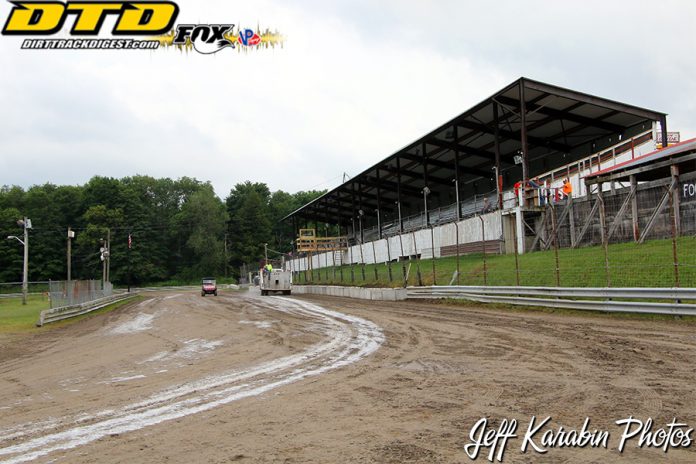 The Brookfield Speedway returned to life back on July 11th after nearly 25 years of being closed. The quarter-mile track, located at the Madison County Fairgrounds, was quickly brought back up to spec for the night’s racing program that featured the Crate Sportsman, Pro/Pure Stocks as well as a 4-Cylinder division.

A large crowd filled the grandstands as they witnessed something in racing that doesn’t happen very often, the reopening of a shuttered facility.

As a result of the success back in July, the Madison County Fair Board led by current president Josh Walker, is bringing racing back this Friday night, September 20. And according to Walker, this is just the beginning of a commitment to racing at the facility.

“Next year’s plans are not set in stone yet,” commented Walker. “But if everything goes well, we would like to race once a month next year from May to October.”

Friday night’s divisions are the same as they were for the opening round of action with sponsorship coming on board to up the Crate Sportsman payout to $1,1500 to win. A combined Pro and Pure Stock class as well as a 4-Cylinder division will also be in action.

Work has been done to the track since the opening night as the fair board recognized they need to make some improvements to the racing surface after such a long hiatus.

“Since our last race we have laid new clay down in all of the corners and we are working on finishing installing new lighting on the track,” mentioned Walker. “This race should be a lot better experience for fans and drivers alike.”

Racing on Friday night is scheduled to go green at 7 p.m. with hot laps hitting the track at 6 p.m. Information about the event can be found on the fair’s website at https://www.madisoncountyfairny.com/.