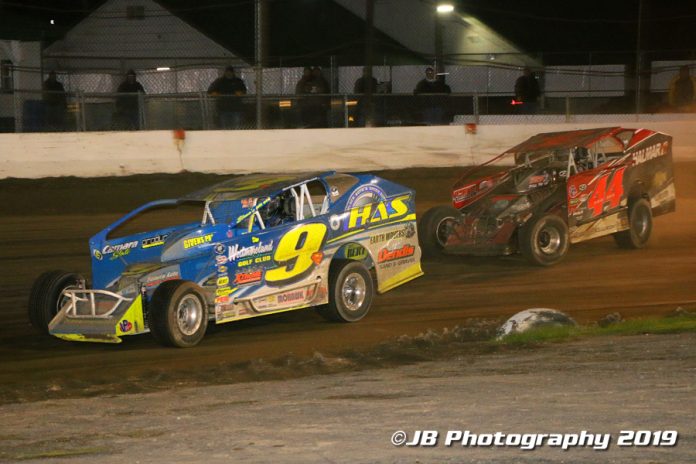 It’s been 17 years since a 200-lap event has been held at the famed Fonda Speedway.  Thankfully, this coming weekend it returns to the ‘Track of Champions.’  The race will be the biggest version of the event ever as it will pay a whopping $53,000 to the winner with a total payout of over $125,000 going to the feature field starters.

Dirt Track Digest breaks down the event here with all the information needed for the return of the Fonda 200 at the Fonda Speedway.

Stewart Friesen: This was the easiest pick.  He’s Stewart Friesen and it’s Fonda Speedway.  Enough said.  In all seriousness, Friesen has won the 200 at Super DIRT Week, Eastern States and has a host of other big name event wins to his credit.  Heading into the Fonda 200, he has to be the overall favorite to add this win to his resume on Saturday night.

Brett Hearn: Hearn has won the Fonda 200 on four different occasions.  Hearn, like Friesen, has multiple 200 lap feature wins to his credit besides Fonda including Super DIRT Week, Eastern States and the Outlaw 200.  The only difficulty Hearn may face is his lack of success on American Racer tires.  Saturday just be the day he gets that squared way and picks up $53,000.

Matt Sheppard: Sheppard won the opening race of the season at Fonda and he was second in the Firecracker 50.  He’s a favorite wherever he goes and the Fonda 200 is no different.  He hasn’t been clicking off as many wins as of late.  Look for him to be in hunt at the end for the big paycheck.

Rocky Warner: Although lacking the pedigree of the three other guys on the list, Warner has been impressive at Fonda in 2019 in his Jake Spraker owned ride.  Warner picked up the track title while leading all drivers in wins.  He’s shown he belongs in the Modified ranks after some early struggles. I think he’ll be mixing it up at the end of the race for the win.

Billy Decker: If anyone is owed something by Fonda Speedway, it’s Decker.  He’s had some tough luck the last few times he’s visited Fonda, including a wild flip that saw him destroy a car in turns three and four.  Like several favorites, he has big race wins.  Saturday just could be the day he turns things around at the ‘Track of Champions.’

Tim Fuller: Fuller is a former track champion at Fonda Speedway.  Although he hasn’t been at Fonda much in 2019, he’ll still be a factor on Saturday.  Fuller will attempt to overcome a couple of drawbacks.  He hasn’t run his big-block a ton this season and he doesn’t have a lot of experience on American Racers.   Those could hold him back, but he’s a pro and that will show on Saturday.

Mike Mahaney: Mahaney is just good a Fonda.  He pulled off the upset in 2017 by winning the Jack Johnson Tribute event which earned him a $12,000 payday.  He’s also a former winner of the Ice Jam.  The 200 could be the biggest payday of Mahaney’s career.

Bobby Varin: Varin has more laps around Fonda Speedway than nearly everyone else entered into Saturday’s 200. Like others on the list, Varin has won on the big stage.  He won at Syracuse on the Mile while also scoring an Eastern States 200 victory.  There is no doubt he’ll run toward the front of the field in the feature on Saturday night.  He’ll be hoping to cap of the season by bringing home the big check for Alton and Carole Palmer.

Dave Constantino: Constantino has been consistent for much of the season at Fonda finishing fifth in the point standings.  He’s coming off a podium finish in the last event run at Fonda last week.  He may not have the resume of others on the list, but he’s got a car that is maneuverable and can take him to the front.  Don’t be shocked if he’s up front at the checkered flag.

Demetrios Drellos: Racing is all about confidence.  Drellos is riding high after winning his first Super DIRTcar Series race this past weekend.  Running with the series has only improved the young driver.  Last Saturday night’s win was a breakout victory and he could continue to ride that wave on Saturday.

Mike Gular: Like Drellos, Gular is coming off the biggest win of his career last weekend at the Grandview Speedway where he won the Freedom 76 and $25,000.  As I said, confidence is important and he’s got things rolling right now.  After spending the year at the Orange County Fair Speedway, Gular has experience on big tracks and in big paying races.  That helped him Saturday and it should help him be a factor in the 200.

Mike Maresca: Maresca has been so close to scoring a breakout win in the Modified ranks.  He’s simply due.  If he attends the event on Saturday night he’ll be someone to keep your eyes on.  He’s been good at Fonda this year finishing in the top 10 in points.  He’s improved tremendously as a driver and Saturday’s 200 may be where he finally puts it all together and finishes the job.

Expected Entries as of 9/25

Drivers will draw for starting positions in their heat races which will be run on Friday, September 27.

Each heat race will be 15-laps in distance.  Car counts will determine how many cars qualify for Saturday 200 lap race.

The feature will start heads up based on qualifying event finishes on Friday night with the B-Main cars falling in at the tail of the field.

During the 200, all laps count with a maximum of three laps under caution until lap 190.  The last 10 laps must be run under green flag conditions.

At lap 100, a yellow/red will be called for 10 minutes. Cars staying on the track will be permitted to refuel, adjust tire pressures, re-apply tear-offs ONLY on the front straightaway and will maintain their position. Cars heading to the Hot Pit area may change tires or make other adjustments but must start behind the cars remaining on the speedway.

Friday and Saturday night’s action will be streamed on DirtTrackDigest.tv.  This will be a DTD TV Xtra event with multiple camera angles and live scoring.  There are multiple options available for purchase.