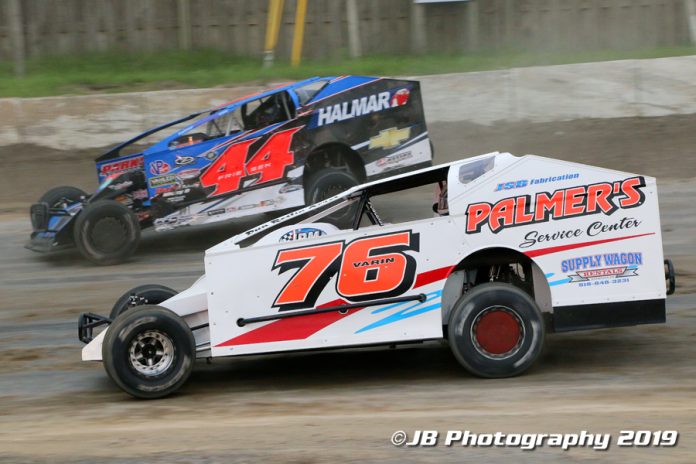 FONDA, NY – Just after Brett Deyo of BD Motorsports Media took over the reins of the “Track of Champions” Fonda Speedway about one year ago, he announced that the “Fonda 200” would make a return to Fonda after a 17 year absence. It was one of if not the most talked about subjects all year and now the time is here for the biggest event of the 2019 season at the “Track of Champions”.

A complete schedule of events for the Fonda 200 weekend follows at the end of this release along with a list of past winners of the prestigious event.

After a 17-year absence, an auto race built on tradition returns this weekend at the legendary “Track of Champions” Fonda Speedway. A new chapter will be written in the legacy that is the “Fonda 200” Thursday-Saturday Sept. 26-28.

The historic return of the “Fonda 200” is a race competitors and fans have earmarked on their calendars since the announcement last fall.

This weekend, $53,000 awaits the winner of the 200-lap Sunoco Modified event that headlines the three-day racing festival. This is the single richest event in the history of Fonda Speedway with an A-Main purse structure of $125,675 minimum.

The list of past winners includes pioneers, legends and Hall of Fame drivers who have been able to conquer the “Track of Champions” for 200 laps.

Brett Hearn has enjoyed more success than any other driver in the 200 with four victories including the most recent edition in 2002. It is quite possible that Hearn will be the only past winner in the field this weekend.

Many new names would like nothing more than to put their name on the win list for the 200.

Below are the names of drivers who have officially entered the event as of the time this press release was written. In parenthesis are some statistics of the drivers who have had past success at the “Track of Champions” Fonda Speedway with wins and championships.

Special Awards and other activities for the weekend event:

Bob Hilbert Sportswear will present the winner of the Fonda 200 a one of a kind custom jacket and will also sponsor a “Hard Luck Award” consisting of a team wear t-shirt package worth $300!

The Rockin’ Country band Tomkins Drive will be performing at the Entertainment Building on Friday evening at the completion of the racing activities.

The Orange County Fair Speedway will present a “Hard Charger Award” of $500 to the driver gaining the most positions in the “Fonda 200”.

A brand new Teo Pro Car will be given away on Saturday in a drawing with drivers from the Fonda Speedway with perfect attendance during the 2019 season all eligible to win the prize.

There will be a “Helmet Drive” on Saturday with the proceeds to benefit Bobco Racing Video’s own Bob James (Bobco) who has had some health issues recently.