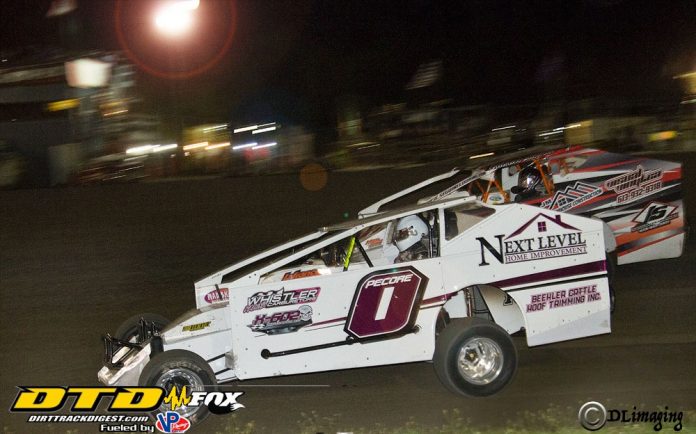 With the final round of the regional Sportsman tour completed, the series now moves into the Fall Championship Series with the first round set for Saturday, September 28.

The final regional series wrapped up this past weekend at Brighton Speedway. Shane Pecore walked away with the Northern series title.

“We have had a great season so far and going for the title is our goal at the present,” explained Pecore.  “We have never been to Land of Legends or Utica-Rome so I know those two races will be tough. After the season we had, whatever happens from here on in is just icing on the cake!”

Kevin Root captured the Central region title  In the Western section it was Brad Rouse who took the series win. With the first points race of the Fall Championship trail slated for this coming Saturday at Land of Legends Speedway, it is sure to bring out the best of all three regional divisions to set their mark towards the 2019 Sportsman title.

Rouse, Pecore, and Root go into this championship series on an even playing field. However, drivers such as Jordan Fornwalt and, of late, Cody McPherson, may have something to say to the front runners as each of these drivers have been very consistent and are going into this championship round with some very good results in the past few weeks. Root, who picked up eight wins this season, is the defending series champion and will definitely have his hands full defending his title. The Sportsman class is one of the most competitive series within DIRTcar and many of the top drivers have their eye on taking this title home.

Pecore has accumulated a staggering 14 wins over the season. Rouse has also visited victory lane 14 times, while Conner Cleveland, Kyle Inman, and Matt Janczuk have all won nine races. Granted the three front-runners are definitely tough trios to come up against, but numerous drivers are going to put up a good challenge.

However, there is one driver who has performed well at a multitude of tracks over 2019 and maybe one of the sleepers in the championship trail and that is Inman. Kyle accumulated nine wins this season over seven different tracks. It would appear he is the most versatile of the lot and the team can adapt on the fly well.

As the road to the 2019 championship begins this Saturday at the Land of Legends, there surely will be some surprise appearances along with some top guns setting their mark. For fans, this series is so competitive they are guaranteed to see some top-notch heads up racing as teams veer for the title.