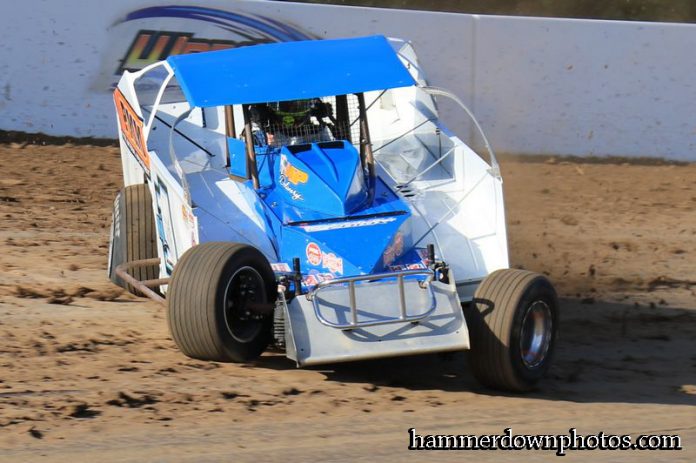 WEEDSPORT, NY – When the DIRTcar 358-Modified Series takes on Weedsport Speedway on Wednesday, October 9 as part of the NAPA Auto Parts Super DIRT Week Kick-Off Party, Dave Marcuccilli and Ronnie Davis III will be armed to defend their home turf.

Since Weedsport’s rejuvenation in 2014, Marcuccilli and Davis have arguably risen as the speedway’s two most decorated Sportsman competitors, now transitioning to the DIRTcar 358-Modified ranks.

Davis, who finished third in Fulton Speedway’s track championship standings, had two main event wins at the Highbanks this season.  A former Sportsman Classic champion at Weedsport, with several main event wins, Davis has one top ten on the DIRTcar 358-Modified trail in 2019.

Marcuccilli is a three-time winner of the Sportsman Classic, a two-time Sportsman track champion at Weedsport, and scored one 358 triumph at Fulton Speedway in 2019.

Each driver will be among the hometown favorites on Wednesday, October 9 as NAPA Auto Parts Super DIRT Week kicks into high gear at Weedsport Speedway.

Reserved seating and camping are available for the kick-off to racing’s biggest party by visiting www.weedsportspeedway.com.

The DIRTcar 358-Modified series will be joined by the DIRTcar Sportsman series on October 9 for a one-two punch of action as a precursor to the Super DIRT Week finale at Oswego Speedway on Sunday, October 13.

Week-long camping is available in the Great Outdoors RV Campground at Weedsport for the entirety of DIRT Week featuring all-new restrooms and shower facilities, as well as other camping amenities and games.

Reserved camping for the entire week is $120, with weekly general camping available for $96.

General camping for one night only is $24.

Camping spaces are selling fast, so be sure to visit www.weedsportspeedway.com today to reserve.

Pit gates will open on October 9 at 4 p.m. with grandstand gates opening at 5 p.m. and opening ceremonies set for 7:30 p.m.

Free fan pit pass upgrades are not available for this show.