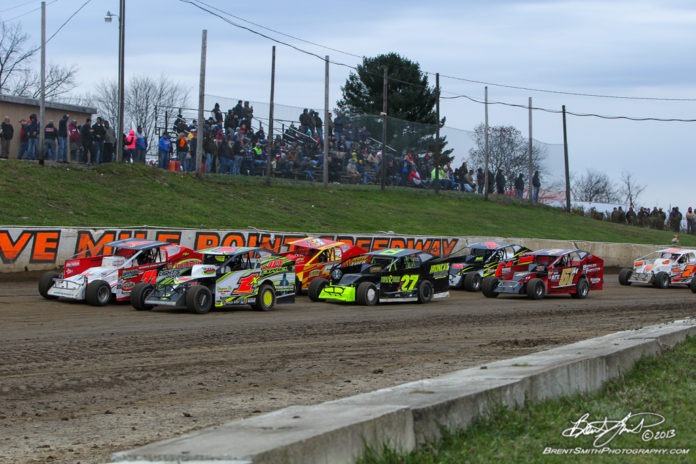 KIRKWOOD, NY – Because of circumstances out of track management’s control, the Dick Longstreet Memorial Race will not be held at Five Mile Point Speedway on October 10th as originally planned. We apologize to our fans, drivers and the Longstreet family for the unexpected cancellation.

The cancellation brings to the conclusion a highly successful first year by the 3T Motorsports promotional team of Tyler, Tanner and Tucker Harpell, the Great Grandsons of track founders Irv and Anna Heath. The rookie Promoters were thrilled with the way the season went and were very excited about this race as well as carrying the momentum of their successful 2019 season into 2020, the 70th year of the speedway.

“Sadly as a result of actions by the landlord, our Uncle, we have been unable to complete the season as planned. We were hoping that this matter could be resolved amicably but communication with our Uncle has been cut off and as a result we have been unable to complete the preparations to hold the race honoring Mr. Longstreet. Full details will follow in the future”.

The three Harpell brothers were praised throughout the year for their professionalism, as well as the respect they showed to the drivers, fans and sponsors. Their efforts were a breath of fresh air as they brought the speedway back to prominence in their first year. Had they not stepped up to run the track there was a high probability that it might not have opened in 2019. Their efforts kept their Great Grandparents dream alive for another year and they should be proud of what they accomplished.

They met all of their obligations, paid their rent in full, paid all of the drivers, track workers, vendors and all utilities and finished the year with a profit. It is a huge disappointment that they have been prevented from moving forward with their efforts.