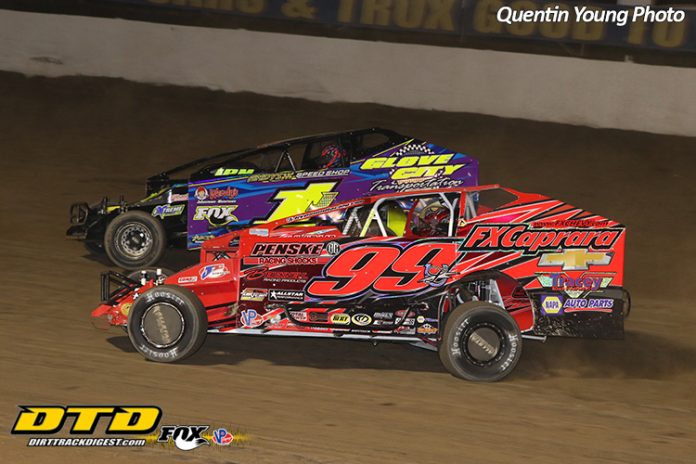 Peter Britten started outside pole in the first qualifier and had the most uneventful race of all the winners. Once Britten broke free of Tyler Trump on the opening lap, Britten walked away and took the win by half a lap.

Stewart Friesen started fourth in his qualifier, but got up to second on the first lap. Friesen took advantage of a lap four restart to get by leader Brandon Walters, then ran away and hid to score the guaranteed spot over Ryan Godown.

Tom Sears Jr. and Rocky Warner spent the first ten laps of qualifier #3 with a great two-car battle. Said battle became a three-car with a handful of laps left, as Larry Wight drove from deep to catch the lead duo. After a hard battle in the final laps, it was Wight throwing a slider on Warner in the final corner to take the win by a nose.

Danny Johnson looked real strong in the final qualifier, but broke while leading. This handed the top spot to Ronnie Davis III, who held a narrow lead over Mike Maresca. Maresca did everything he could to get by Davis, but it was Davis getting the final guaranteed spot.