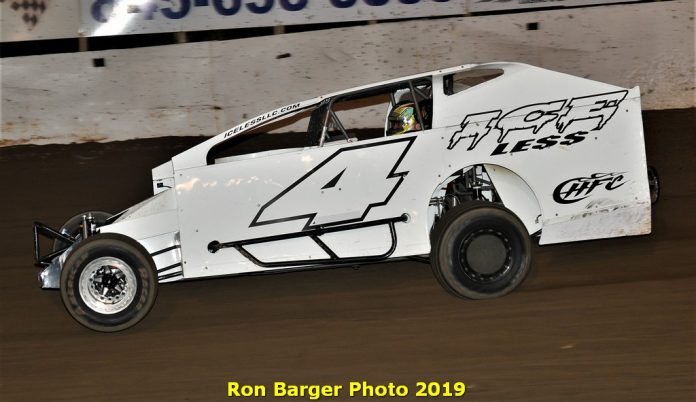 ACCORD, NY – Mid-Hudson Concrete and the Palmer family kicked off Saturday with The Great Crate Race in honor of their great friend Joe G at the Accord Speedway!!!!!

Steven Davis came and conquered… and went home $5000 richer! Davis, Banks, and Dyer each with a big victory in front of another huge crowd!

The Mid-Hudson Concrete Sportsman Feature – A cool morning led to a beautiful afternoon in the Catskill mountains… The Ulster county bullring pits started to fill up with drivers and race teams from all over the northeast. Mid-Hudson Concrete and the Palmer family hosted one of the largest payouts for the GM 602 crate sporrtsman divisions ever with five thousand dollars going to the winner! 52 cars showed up to battle for the big money. This resulted in 6 qualifying heat races and 3 consolation races. 25 cars started the 75 lap event resulting in many drivers packing up and heading home empty handed. Top 2 drivers from each heat race were able to redraw for starting position, and position was everything in this. Joe Judge and Steven Davis started on the front row bringing the field to the green flag. Cautions seemed to plague the early stages of the race and this was key for the top ten drivers being able to stay out of lapped traffic and getting caught up in any wrecks. At the hallway portion of the race, they were able to get some long periods of green flag racing. This was where the leaders were now getting into serious lapped cars, but just as the leaders had to make their moves around them – caution flags would fly. Steven Davis and Joe Judge were able to take off from the field as the rest were battling for position. The 3 of Hentschel and the 15 of Morgiewicz were the cars on the move from the back of the field, but at the end it was Steven Davis in the 4 picking up the huge victory! Winning the Joe G’s Great Crate Race and $5000 followed by Joe Judge, Tony Kowalchuk, Cole Hentschel, and Dan Morgiewicz rounding out the top 5

WRWD Country 107.3 Rookie Sportsman Feature – Track position seemed to be the important factor in all the open wheel divisions to win the race! The 63 of Tyler Banks was able to stay out of hams way with his up front starting position. The biggest battle was for the runner up position between the 04 of Mike Formont and the 24of Corey Wood, but at the end it was Tyler Banks picking up the win over Wood and Formont.

Dan’s Towing Fireball 4 Cylinder Feature would see another huge field of cars on hand again as the triple digits fired off the front row with the 731 of Norman and the 718 of Heady would battle for the lead for most of the race, but at the end it was another first time winner picking up the checkered flag – Chris Dyer in the 95! Invader PJ Bleau took second over Tarantino in third.

Special Thanks to the great folks at Mid-Hudson Concrete for presenting the nights events and their long-time support!