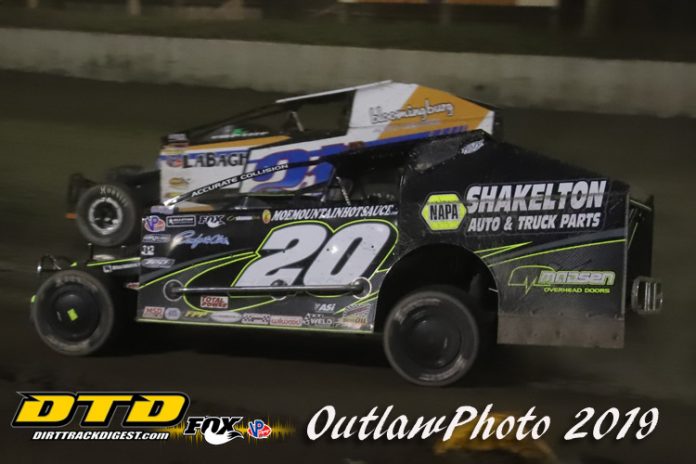 MIDDLETOWN, NY – It’s just weeks away and the excitement is building for the 58th Annual Eastern States Weekend, October 25-27, 2019, a perfect ending for the Centennial Season of racing at the historic Orange County Fair Speedway in Middletown, New York. While Eastern States celebrates all of Orange County’s racing divisions, the weekend’s headline race remains the Eastern States 200, the oldest consecutively-run championship event for dirt track Modified stock cars in the country. Again this year, Eastern States has been enhanced with outstanding purses for the Big- and Small-Block Modified races, adding to the excitement of the entire weekend.

All this leads to the Sunday, October 27 finale, the 58th Annual Eastern States 200 Championship Race for Modifieds. A true 200-lap race, the Eastern States 200 is the one race trophy every dirt track Modified driver wants on his mantle.

Advance tickets are available from Ticketmaster or at the Speedway Office during regular business hours, or credit card sales (Visa and MasterCard) by calling 845-342-2573. Additional information, a full weekend schedule, and online ticket sales can be found at the official Orange County Fair Speedway website, www.orangecountyfairspeedway.net.

Race teams: An open practice at OCFS is scheduled for Saturday, October 19. Check the speedway webpage for the practice schedule times. The practice is also open to fans with free admission to the grandstand.