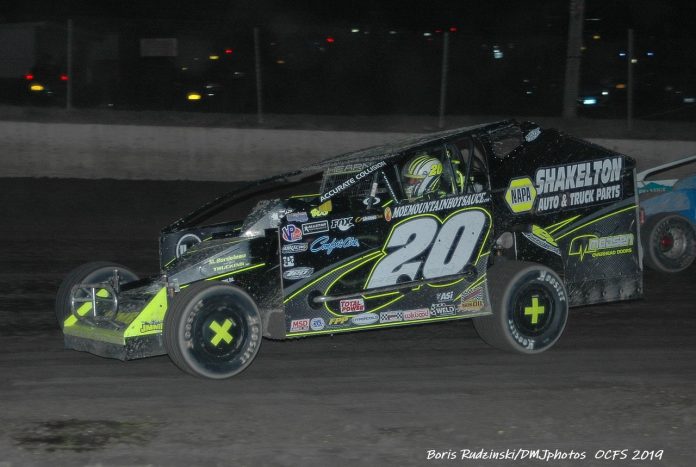 MIDDLETOWN, NY – Last October, Stewart Friesen won the Eastern States 200 for the second time, beating runner-up and six-time winner Danny Johnson. But the favorite to win the classic event remains 12-time victor Brett Hearn, who returned to his “home” track this year after several seasons and captured his 16th track Modified division championship. Hearn and Johnson lead all others in dominating this oldest of championship dirt track Modified races. Friesen, Hearn, and Johnson will be racing in this year’s $40,000-to-win 58th Annual Eastern States 200! The Eastern States 200 is the headline race of Eastern States Weekend, set for Friday-Sunday, October 25-27.

In the 57 previous running of this classic endurance race for dirt track Modifieds, 19 of the winners have been drivers who have raced weekly at Orange County at least one full season and 13 who can be considered “outside” invaders. But in terms of total wins, the Orange County contingent wins hands down, 43 to 14. And only one invading driver, Gerald Chamberlain in 1973 and 1976, has more than one Eastern States victory to his credit.

In addition to Friesen, Johnson, and Hearn, among active Orange County competitors, Jimmy Horton in 1991 and 1995, Jerry Higbie in 2009, Jeff Heotzler, the 2007 victor, Rich Eurich who won back in 1988, and Tommy Meier in 2015 would surely like to take home another Eastern States trophy. Two-time Eastern States winner Frank Cozze (1989 and 1990) also hasn’t been a regular Orange County competitor for several years, but his entry in this year’s race would be no surprise.

The top-6 drivers in time trials will lead the field in Sunday’s race. The balance of the starting field will be made up of guaranteed starters and qualified drivers from heat and consolation races.

In recent years, both Heotzler and Hearn have won the 200-lap grind from the back of the field, proving that this race can be won from any position. That’s why a banner field is expected for this year’s edition of the oldest continuously-run championship race for dirt track Modifieds—the 58th Annual Eastern States 200.

As a warmup to Sunday’s Eastern States 200, is a special Friday evening, October 25 Eastern States Champions Race, a 20-lap dash for former winners. There’s a potential field of a dozen previous victors…and perhaps more if retired drivers can be coaxed to return for this special race.

Advance tickets for Sunday’s race, or the entire Eastern States Weekend, plus camping and parking permits are available at the Speedway Office during regular business hours or through credit card sales (Visa and MasterCard) by calling 845-342-2573. Tickets may also be ordered online—as well as additional Eastern States information—-at the official Orange County Fair Speedway website, www.orangecountyfairspeedway.net.