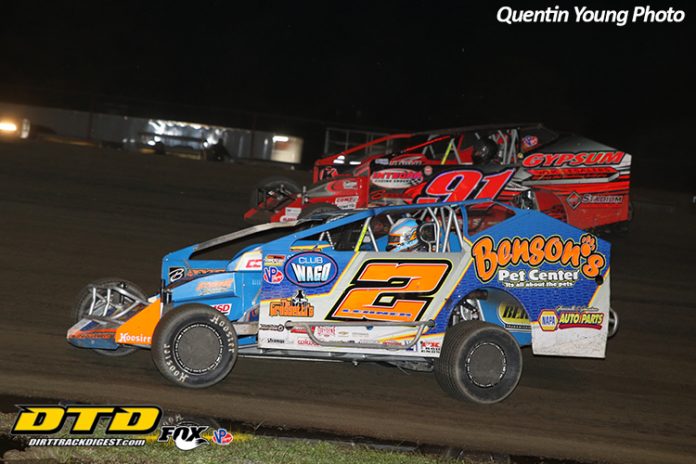 Jack Lehner’s career in Modified-style cars has been brief. After some time in karts, Lehner got a Sportsman in 2016 before jumping to big-blocks last season. This year, Lehner tried his hand at the Super DIRTcar Series, and results haven’t been what he hoped for.

However, after some recent changes to his program, Lehner has found some speed, and it showed at Brockville where he led 73 laps and brought home his first top five finish on the tour.

“We switched from Teo to Bicknell recently, and it wasn’t really a big jump since that’s all I drove prior to this year,” Lehner said. “The guys at Teo are great, but it just didn’t work out for us. I was more comfortable in the Bicknell, so we had to make a switch and we went back to what we were familiar with. We were good right away with the new car, and now we definitely got it to where I like it.”

Being his first year following the full tour, and second in the big-block division, Lehner is seeing many tracks for the first or second time, whereas many of the driver chasing him for much of Saturday’s race have much more experience.

On top of that, Lehner is still coming to grips with the long 100-lap shows that are standard on the Super DIRTcar Series schedule.

“The track was definitely different from what I hear Brockville is normally like,” noted Lehner. “Usually for these long shows you set up to be a little tight at the beginning so you’re good at the end, where the 30, 35 lap races you don’t have time to have those changes. Usually these long races you kind of ride for a little bit, but it was fast tonight and even then you had to be careful not to burn your stuff up.”

With building momentum, Lehner hopes it will spill over to next year with additional good runs. Consider his attitude optimistic, but realistic.

“We definitely plan on running the tour again next year,” said Lehner. “Now that we got one run like this in the books it’s tough to say how many will come after. These guys are so good, if you’re off by a little it looks like you’re off by a lot. I’d like to think it’s a glimpse of what’s to come for next year, but for now we can just work as hard as we can. We got the car and we know we can do it now, it’s just up to execution.”