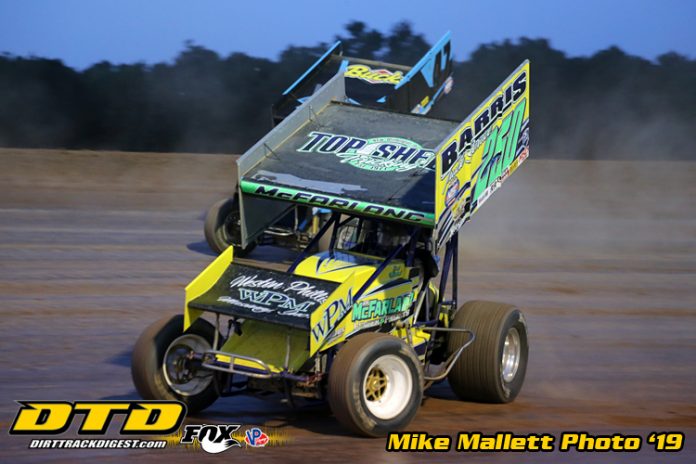 SARVER, PA – Lernerville Speedway is pleased to announce a new program for 2020 that will be of great benefit to drivers throughout the entire season. A partnership between Lernerville and new sponsor Phil DiLucente, head of DiLucente and Associates LLC, Attorneys at Law will provide for enhanced purses and point fund for the coming year for all Fab4 weekly divisions and will also feature a unique format in doing so.
The “Pad the Purse Program” which DiLucente and Lernerville set into action last week, will provide additional purse money and points funds via a generous sponsorship from DiLucente that will allow $2,000 to current purses on Fab4 Friday night’s with a commitment that amounts to $30,000. Every division of Fab4 racing will have a chance to obtain the Pad The Purse money for every feature race.
Weekly Fab4 Racing Guidelines
Points Fund Guidelines
All drivers participating in the Pad the Purse program are required to place a track approved sponsor sticker on the race car.
We would like to officially welcome Phil DiLucente to our racing family at The Action Track and thank him for his commitment which will help racers earn more in 2020. Phil has been ranked as one of the top 100 trial attorneys in the country and one of the top 100 defense attorneys in the nation as well, and his firm is committed to getting results for their clients. The firm handles both civil and criminal litigation. You can get to know more about Phil and his practice you can visit his website at getphil.com