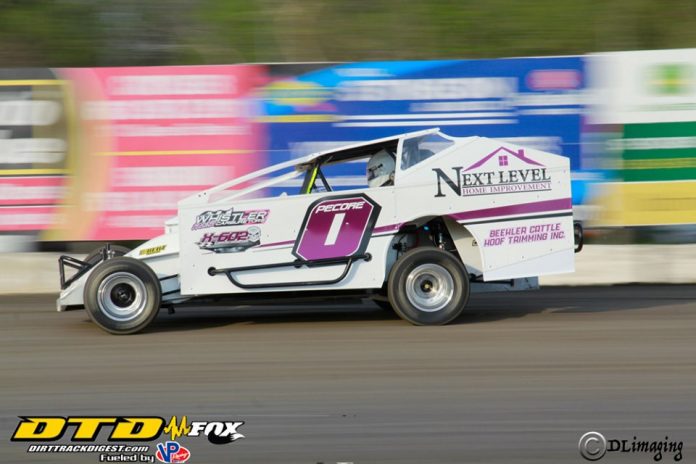 CORNWALL, ONT – We are a little more than a month away from the holiday season but Christmas came early for one driver but also for the Sportsman division for 2020 as TAS Racing will be back with 2 sportsman car and providing financial support to Shane Pecore as he will join the Loud and Dirty Modified division next season. TAS Racing also expands the sponsorship in the Race for the Cure Sportsman Series!

Shane Pecore moving to 358s
After a record season in the Sportsman at Cornwall, Shane Pecore will make the jump to the premier division at the speedway, Pecore had a full year behind the wheel of a 358 about 7 years ago as he won the rookie of the year award. The driver of the #0 car will run his own equipment but with the financial help of Steve Morris of TAS Racing, Pecore was able to join the 358-Modified ranks. This will open up the championship in the Next Level Home Improvement Sportsman as Pecore set the bar high with a record breaking 9-win season. Shane and his dad Marcel will also provide technical help to the TAS Racing team.

Steve Morris and Tyler Givogue back in action
TAS Racing will be back next year as Steve Morris and Tyler Givogue will be behind the wheel of Sportsman machines, bringing quality equipment TAS Racing will challenge for the win every given night and hopes for a championship are high for both Morris and Givogue, the driver of the #85 machine will bring his experience for 2018 in the Modifieds and will want to add to his 2 feature wins in his short career on dirt.

Winter has just started but we are already looking forward to opening night in May 2020!