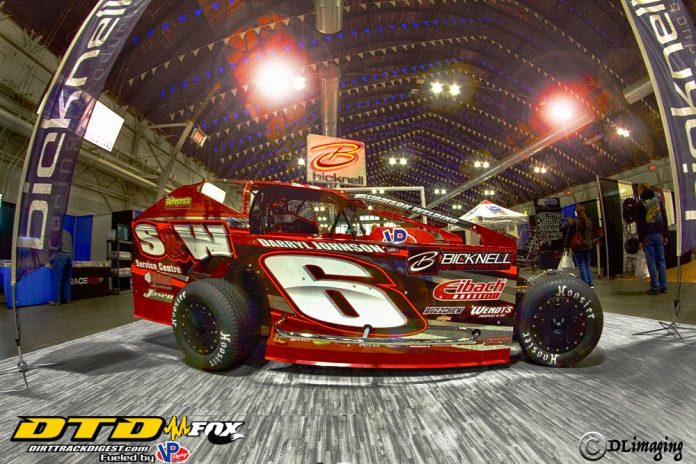 This past week, the annual Northeast Racing Products Auction Trade Show and Swap Meet was held at the famed New York State Fair Grounds. The two-day event was in conjunction with the DIRTcar Awards Banquet, held just a few short blocks away.

The event hosted vendors from around the nation as well as Canada, showing off the latest and greatest in new racing technology. Sprinkled in amongst the vendors were some great used parts displays, racetrack promotions and an auction area at the east side of the pavilion.

Bicknell, Teo Pro Race Cars and Troyer Race Cars were on hand with some outstanding displays, which drew large crowds at each of the booths along with some of the best drivers in the sport looking over what was being offered for 2020.

The Center of Process Building, the host of the show, had every facet of racing parts imaginable, from shocks to wheels, to drivetrains, providing racers and fans alike the one-stop venue for upgrading their racing stable or for fans to mingle with their favorite drivers.

Saturday, after the show was complete, things moved on to the 2019 DIRTcar Awards Banquet where this year’s champions were honored.

The Super DIRTcar series’ history was made this year when St Catharine’s, Ontario, Mat Williamson captured the series championship, becoming the first Canadian to do so.

The trade show along with the Banquet undoubtedly was very successful and informative, with history being made at this year’s DIRTcar Banquet that seamed to just cap off what was a spectacular year of racing.

I am sure all eyes are on who might be crowned in next year’s racing season, what with new high tech equipment being offered.

A few photos from the Northeast Racing Products Trade Show.