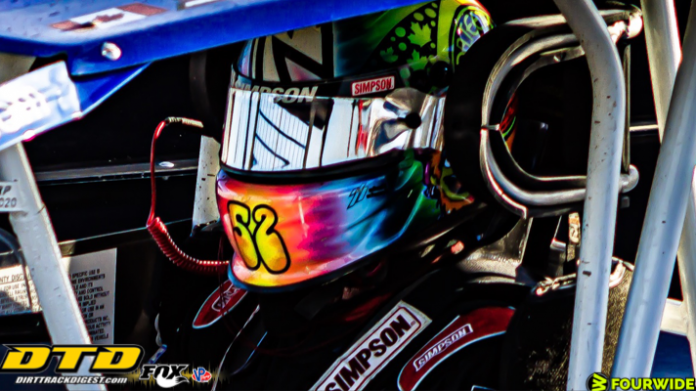 HFR makes the move to Toyota with the support of Toyota Racing Development (TRD).

“We were all very impressed after spending time with Toyota,” Friesen said. “TRD has been welcoming to our organization. With their support, knowledge and technology, we hope to bring our team to another level.”

HFR has secured a new base of operations in Statesville, N.C. Trucks will be purchased through Kyle Busch Motorsports.

Tripp Bruce returns to the team as Crew Chief. Gene Nead has been signed as Competition Director.

“Through this transition, we’ve been able to retain several members of our team from last season,” Friesen said. “They’ve remained loyal to us and have new energy going into 2020.”

“The championship is our goal,” Larsen said. “Making it to the ‘Final Four’ was an accomplishment, but we’re all competitive. You want to be sitting at the head table at the series banquet. We’re working to be that team.”

Friesen, 36, enjoyed a career season on the NASCAR Gander RV & Outdoors Truck Series in ’19, placing fourth in points and earning the first two victories of his career: on the dirt at Ohio’s Eldora Speedway in August and the ISM Raceway (Phoenix) in November.

In 23 events, Friesen’s two victories were accompanied by 12 top-five and 16 top-10 finishes.