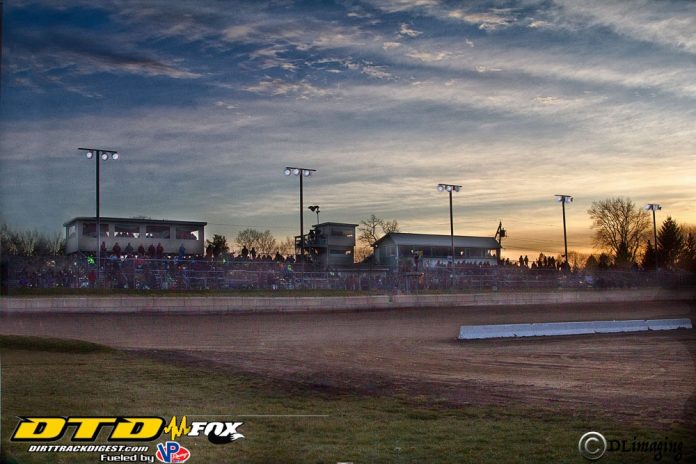 Thanksgiving has been celebrated across the country since the 1600s long before the United States was even a country. Along with all its traditions of food and drink, what is Thanksgiving without a good sporting event and tailgate party? This past Saturday, that tradition continued with the annual ‘Gobbler’ at the Accord Speedway.

The Palmer Family has owned the track since 2001 and have been hosting this annual event since its inception in 2013. First opened in 1962, the track is a well-polished facility rich in history and has seen most of the major players in dirt track racing do battle on the quarter mile track.

The day began at one o’clock sharp with a round of hot laps for all classes. Then it was onto the heat races where the “Doctor” Danny Johnson, Anthony Perrego, Joe Judge, Craig Mitchell and Jimmy Maher made their presence now in the Modified ranks. The 50-lap feature was a slugfest between Andy Bachetti who started 7th, but quickly moved up to second, alongside Danny Creeden. The two battled through the entire race which was plagued with several yellow flags. The biggest incident happened on lap one, which evolved nearly half the field.

Bachetti however, after each restart, would hold a slight advantage of the field with Creeden along with Corey Cormier hard on his tail early on.

As the race unfolded third-place runner Corey Cormier began to fade as Joe Judge took over the spot.

As the leaders dialed down the laps, the 2019 Accord Track Champion Jimmy Wells, was on a tear coming from 14th to 4th and now on the heels of the top three looking to make a late-race move on Judge for third.

Unfortunately, time ran out for Wells and the others as Andy Bachetti took home his 51st win at the Accord Speedway capturing the coveted prize. The sportsman 25-lap feature was Grant Hilfiger’s to lose.

The veteran driver was clearly on his a game this past Saturday dominating the 24-car field all but the for Jimmy Johnson. Johnson, who had worked his way through the field, was running a close second to Hilfiger by lap 12. As in the Modified feature, there were several cautions and on each restart, Johnson was all over Hilfiger but just could not get by the Canadensis, Pa., driver.

Hilfiger, in the end, was just too tough and came home with the win, his first taste of the Thanksgiving win. In the Street Stock shoot-out Walt Henry came home the winner in one of the cleanest races of the day, with only one major caution in which Tom Cilurso flipped his car which brought out the red. Cilurso, however, walked away from the crash unscathed.

Finally in the 50 Lap Enduro George Barringer came home with the win.

The day was defiantly a memorable experience.  Accord Speedway is one of those charming tracks in the Northeast which giving fans from all ages a great place to watch a dirt track race. The concession stand was always a beehive of activity as the day unfolded and fans were even great by Santa Claus as they made their way into the track. This is one event in which everyone should mark their calendars for next season.

More photos from the ‘Gobbler.’