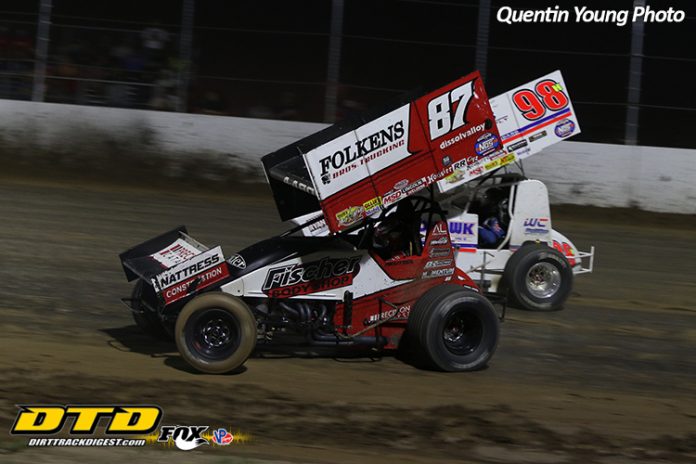 WEEDSPORT, NY – The Ollie’s Bargain Outlet All-Star Circuit of Champions presented by Mobil 1 series schedule has been released with a return stop to Weedsport Speedway on Sunday, June 7 for the All-Star Showcase.

The renowned 410 Sprint Car series, piloted by motorsports Hall of Famer Tony Stewart, will once again be paired with the Big Block Modified division at The Port.

“The 1-2 punch of 410 Sprints and Big Block Modifieds is something special for all of us at Weedsport,” said Weedsport Speedway Promoter, Jimmy Phelps. “Our relationship with the All-Stars continues to grow and we are pleased to once again have this annual stop on our season schedule.”

A total of 29 All-Star Sprints took on Weedsport Speedway in last June’s All-Star Showcase with the PA Posse reigning supreme as Danny Dietrich covered the field for victory.
The Port’s unique layout typically plays in favor of those with previous Weedsport history, which was evident in 2019 as Danny Varin nearly pulled off the 410 upset, trailing Dietrich at the line.

Another star studded cast is expected when the All-Stars return to Weedsport on June 7.
Last year, Matt Sheppard topped a stout field of 28 Modifieds during the All-Star Showcase, helping to propel Sheppard to the Weedsport track title.

Weedsport Speedway’s specials-only Modified events have once again become a stop for series competitors and locals alike, making them all must-see events.