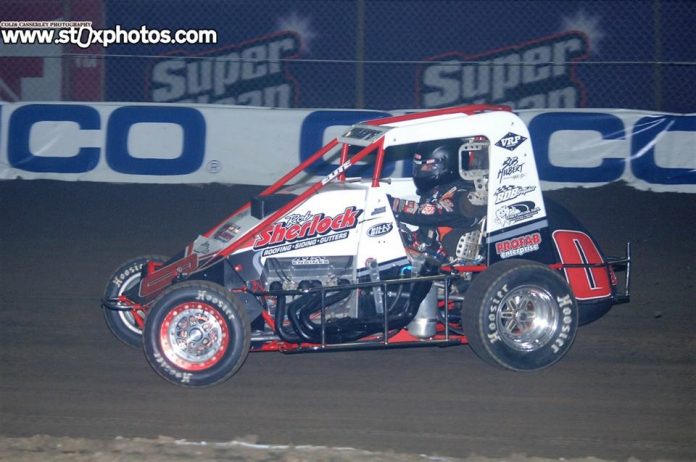 Northeastern Modified and Sprint driver Billy VanInwegen has been to Tulsa’s Chili Bowl and last year he was so close to qualifying on his preliminary night.

Billy told Dirt Track Digest, “I am driving Steve Buckwalter’s car which is an Elite chassis that Steve builds with a Chevy A-1 engine.  This will be my second time ever in a Midget. We did the Chili Bowl last year for the first time.”

He really enjoys the January adventure as he said, “As for my thoughts on the Chili Bowl, I’ve been extremely fortunate to run some big races. However, the atmosphere, racing and talent the Chili Bowl produces is simply unmatched.

“It is something I’ve wanted to be a part of since I had gone out to crew for Ryan Smith when he drove for Steve in 2010. I have been there numerous times as a fan and a crew guy, but it has been awesome to finally be able to compete with a great group.”

Continuing he said, “My goal would be to make my prelim night A Main. We came up just one spot short of doing that last year. With the ultimate goal to have a shot at putting it in the A on Saturday.