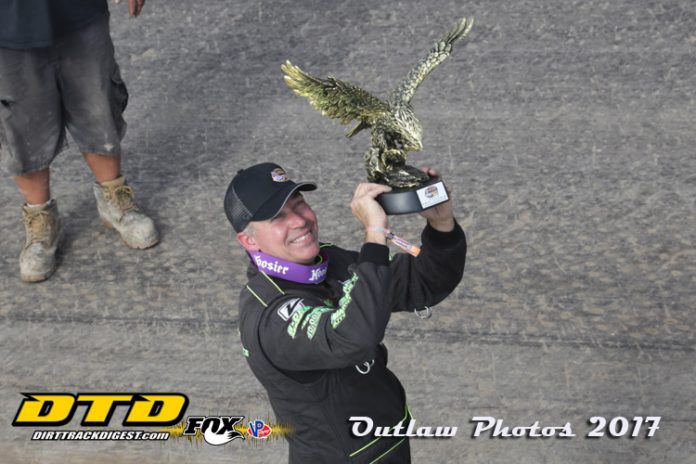 Pro Stock champion Rob Yetman has 138 career feature wins to his credit, but that won’t mean a thing when he joins a massive, talented field of Midget drivers in Tulsa, Oklahoma for the latest edition of the Chili Bowl.

He’s raced since 1991, jumped into the Pro Stocks in 2000 and been one of the elite in the division including a dominant win streak at Super DIRT Week.  This January he’ll be up for another challenge.

Talking to Dirt Track Digest Rob said, “This was just something I’ve always wanted to do and it is a once in a lifetime opportunity that I am very thankful for. I have never driven a Midget, but I went to the Chili Bowl about 10 years ago and have always talked about doing it someday. Now I have that chance.”

About the coming together for this plan, Yetman explained, “I called Steve Hart and he sent me Steve Buckwalter’s information from Facebook and from there the deal transpired. It is a Steve Buckwalter car with an Eagle chassis and a Ford motor. Waterford Beverage, Can Co. and L. Browe Asphalt Services are sponsoring us.”

Yetman isn’t looking to totally expand his horizons as he explained, “It is probably a once in a lifetime thing unless something comes out of it.”