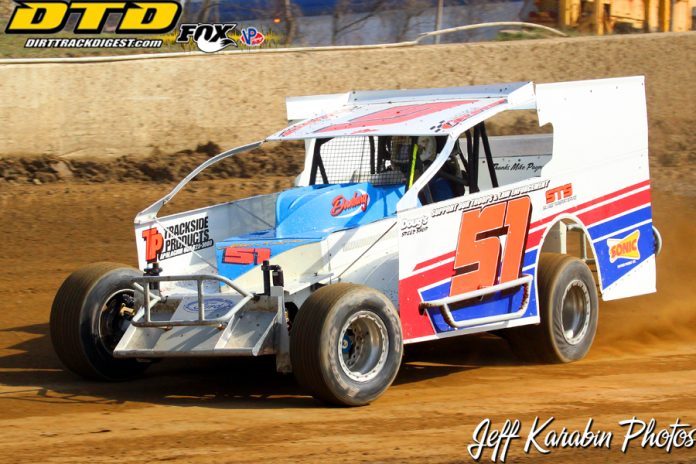 WEEDSPORT, NY – The Northeast Dirt Modified Hall of Fame sends sincere condolences to the family, friends and fans of Mike Colsten, a standout racer in the Southern Tier, who passed away after a long battle with mesothelioma on January 3. He was 70.

Colsten, from Binghamton, NY, was inducted into the Northeast Dirt Modified Hall of Fame in 2014.

Starting in 1969, Colsten won everything there was to win in the Late Model division, including point titles at Rolling Wheels, Weedsport, Herb Harvey Speedway and Twin Valley, as well as five at his home track, Five Mile Point. Driving a Ford-powered, Ford-bodied stock car in a world crammed with Chevrolets, Mike was christened “Mr. Ford Power,” a nickname that followed him throughout his career.

Colsten moved up into the Modified ranks in 1976, and was standing in Weedsport’s victory lane a year later.

But it was at Five Mile Point that Colsten made his mark in the Mods. He stands second on the Binghamton track’s all-time winner’s list, with 62 victories tallied during five decades. Colsten won the Heath Memorial four times, was a two-time winner of the Southern Tier Open, and was the FMP Mod champion in 1988, 1990, 1991, 2013 and 2014 — and those last two titles were commandeered while undergoing surgeries and treatments for his illness.

A testament to his grit and tenacity, Colsten’s final victory was recorded at Five Mile Point on April 9, 2017, almost five years after his initial cancer diagnosis.