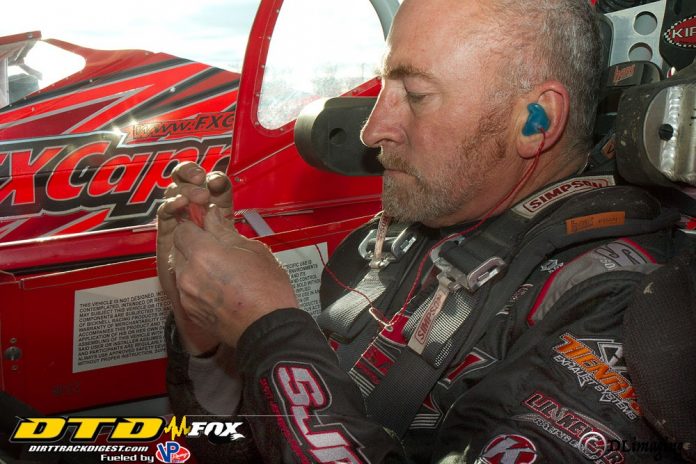 Last season saw the reunification of the ‘Franklin Flyer’ and Gypsum Racing, which in some sense reignited the racer within Billy Decker.

In the previous season, Decker had one of his toughest showing in his illustrious career and by the end of 2018, Decker was on his way back home with the LJL Racing team.

The 2019 season started out with a bang, winning the first race of the season at DIRTcar Nationals at Volusia Speedway Park, but from that point on, the trip to victory lane was sparse. Yes, victory lane was elusive for the 91 team, consistency wasn’t. More than half of Decker’s 60 starts ended in a top-five finish, proving the now 55-year-old driver is still on top of his game.

The road to becoming one of the best ever in Modified started some 37 years ago with Decker cutting his teeth in the now-defunct Tiger Car class at Penn Can Speedway.

In fact, Decker in his early years of racing almost gave up on the sport altogether if not for Jack Johnson.

“Yes, I remember when I was young, there was a point where I almost gave up on racing. As luck would have it, my dad and I went hunting after the season with Johnson who convinced us not to give up so soon and to build a new car,” explained Decker. “So throughout the winter, that’s what we did, with some helpful hints from Jack.”

With an estimated 300 wins under his belt, Decker is still a force within the racing community, whether in his small-block Modified or on the Super DIRTcar Series tour.

Last season started off with a win at the DIRTcar Nationals at Volusia and was capped off by winning the Super DIRTcar series finals at Charlotte.

“This one has been a real thorn in our side over the years, but was glad to get out of there with a smile.”

The one win in 2019 that vitalized the team was winning the Salute the Troops 150 at Super DIRT Week.

“We had to battle our way through the field all the way. As a team, we had been trying to find our bearings and were thrilled coming home with the win — we needed that win as a team,” stated Decker.

For Decker, who will be back in the seat soon as the 2020 season gets underway in a matter of weeks, Billy still recalls the 1998 season. “I would have to say that the 1998 season was my most memorable. We had won a lot of races that year, but winning at the Mile in Syracuse was very special that year, and of course coming home with the Super DIRTcar championship was just the icing on the cake.”

Coming on 40 years of racing, I asked Billy if he had any thoughts of retiring.

“Well, with a smile on his face, I’m not that old yet,” said Decker laughing. “Honestly, I love racing and I’m still having fun. Realistically though, there will come a day when I will hang things up, but for now, I’m still competitive and having fun.”

With the season upon us, Billy will once again be back behind the wheel of the Gypsum Wholesalers No. 91 car.

Decker, as demonstrated during the 2019 season, is still one of the fastest on the track and knows how to get the job done. He and his team are only going to get better as the 2020 season unfolds. Don’t be surprised to see the number 91 car parked in victory lane once again.