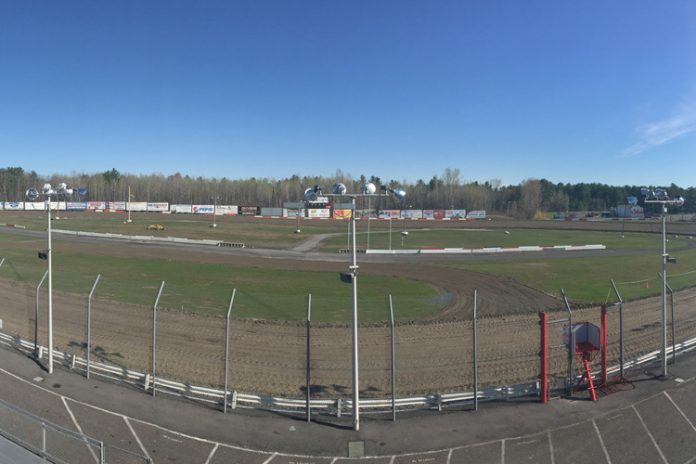 WEST LEBANON, NY – Howard Commander, owner of Lebanon Valley and Albany-Saratoga Speedways, announced today that he has reached a one-year letter of intent agreement with Jamie Atkins and Steve Fuller, co-owners of the Plattsburgh Airborne Speedway (PAS), to manage the Plattsburgh, NY speedway for the 2020 season.

The agreement, that will officially take effect April 1, 2020, is initially for one year. At the conclusion of the year there is an option for an additional four year open end lease. Commander has enlisted Lyle DeVore, promoter of Albany-Saratoga Speedway and general manager of Lebanon Valley Speedway, to act as his contact with PAS as relates to the operation of the facility.

“Race fans need to know that it is not always about the money at a race track” stated Commander. “This is about keeping a race track going. This is a Lebanon Valley deal and if we didn’t step up, Airborne could have gone the way of others that are no longer in operation. With our knowledge I feel we can make it work.”

Mike Perrotte, former promoter of PAS and recently retired director of the DIRTcar NE Super DIRTcar Series, has also been tapped by Commander to serve in an advisory capacity when needed. “I’m very grateful the track will open again and, hopefully, the support will be strong from the racing community and fans. Howie stepping up to the plate to keep the track alive is important. The Plattsburgh area has a second chance to keep the track alive. I’ll do all that I can to help that to happen in my advisory role,” stated Perrotte.

The track will be DIRTcar sanctioned with Sportsman as the weekly headline class supported by Limited Sportsman, the returning Strictly Stocks and returning Super Stocks classes.

“We’re excited about the potential of the Sportsman as our main class,” said DeVore. “There are a large number of Sportsman teams in the Northeast and we are already working to get not only the support of last year’s drivers, but many newcomers as well. We will be reducing the weekly pit entry price, as well as the grandstand entry price, as part of our support of the racing community.”

DeVore went on to state that details regarding the schedule, special events, pit gate prices, point funds, etc. will be announced very shortly. It has already been determined the grandstand entry will be reduced from $12 to $10. Tentative plans include two special events—a DIRTcar NE Big Block Modified Super DIRTcar Series event and an Empire Super Sprints Series race.

“I’m excited about doing this because I love this sport,” said DeVore, “…and Airborne is a beautiful facility, that for the betterment of the racing you don’t want to see shut down. It’s important to keep the track alive for the racers, for the fans, and for the community.”

Super DIRTcar Series Director Dean Reynolds stated that first and foremost World Racing Group/DIRTcar is very thankful for Commander’s willingness, along with that of DeVore and Perrotte, to step up and keep the track open. “The track is in good hands,” he stated, “…we’re pleased the Sportsman class will be DIRTcar sanctioned. Those drivers can use PAS as their home track, making them eligible to run other DIRTcar Sportsman regional Series events and run for the overall DIRTcar Sportsman championship. In addition, their weekly finishes will count toward the Hoosier Racing Tire weekly championship. Reynolds went on to state discussions are underway with DeVore and track management regarding the date for the Big Block Series event. That date will be announced shortly.

Officials are also in discussion regarding a date for the ESS event and plan to announce that date soon. A practice date for teams will be held on Sunday, April 26, and fans can observe from the grandstand at no cost. Saturday, May 1, is the planned opening date to kick off the 2020 season.

Robby Knowles, who served as General Manager at Airborne in 2019, will return to that role for 2020. Knowles will handle the day-to-day operations from the track office, as well as serving as the point of contact with drivers, owners and fans. “I’m looking forward to it,” stated Knowles. “It’s a privilege to have the opportunity to work with Lyle and Mike who are both very well respected and successful in this business.”

Atkins and Fuller have owned and promoted the speedway for 11 years and are pleased that Commander, DeVore and Perrotte will be involved in 2020. “It was hard to make the decision to put the track up for sale at the end of 2019,” stated Atkins. “Howard Commander has great business savvy, as well as a passion for racing. DeVore has proven he can turn a track around as evidenced by what he has done at Albany-Saratoga Speedway. Perrotte has great rapport with our community and with our local businesses. The track is now in the hands of a group that will take it forward.” Atkins and Fuller will not be involved in the operation of the track, serving only as the landlords for the facility. Atkins’ business, Northline Utilities, LLC, will be a track sponsor for 2020.

“It’s exciting to have owners that don’t want to see the place sit dormant until they have a sale,” said DeVore. “We can collectively make it work and turn the facility around from where it has been the last few years.”

On Thursday, January 30, there will be a general informational meeting from 7 p.m. to 8 p.m. From 8 p.m. to 9 p.m. the meeting will be for anyone who is interested in working at the speedway in 2020. The meetings will be held at American Legion Post 1619, 219 Rand Hill Road, Morrisonville, NY.