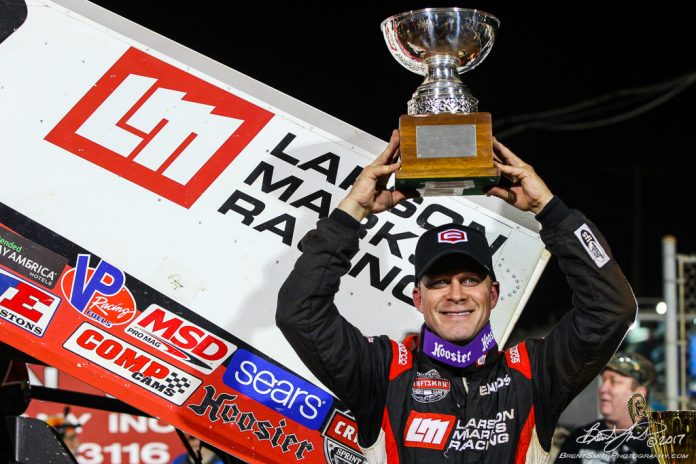 “We’re excited to have Shane with the team and hope we can have both cars running up front throughout the weekend,” Sides said. “Shane has proven himself as a winner and we’re confident he can be competitive from the start.”

Stewart captured his first career win at the half-mile track during the DIRTcar Nationals opener last year. He enters the trio of Outlaws races with 34 career victories with the series. Stewart, who was the 2005 World of Outlaws Rookie of the Year, placed a career-best second in the Outlaws championship standings in 2015.

Sides has also been victorious at Volusia Speedway Park, where he scored a triumph in 2011. He has earned at least one top 10 during the DIRTcar Nationals in 12 of the last 13 years.

“Volusia is a big, wide and fast track,” he said. “It’s key to qualify well so that you put yourself in a good position for the heat race, which can then line you up for success during the rest of the night. I’m confident that both Shane and I can be fast out of the box.”

The DIRTcar Nationals represents the only current races this season with Stewart behind the wheel of a Sides Motorsports entry. Tim Kaeding is slated to return to part-time action with the team for the third straight year once the World of Outlaws hit the West Coast in March.

Feb. 7-9 at Volusia Speedway Park in Barberville, Fla., for the DIRTcar Nationals presented by Bozard

“Wetherington Tractor Service, Inc., has been with me for about 15 years,” Sides said. “If I need something I can count on Kimball and his team. Regardless of what happens they’ve stuck by me and that gives me a lot of confidence.”