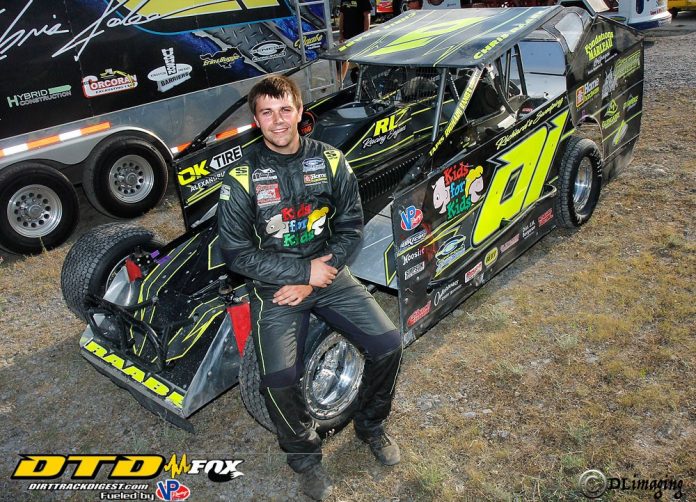 The news revolving around Chris Raabe Racing and Moody Mile Motorsports is that the two parties have reached a tentative deal for the 2020 season. Deyo, who has built this series from the ground up, hosts one of the most exciting race series on dirt and now Moody Mile Motorsports wants in on the action.

The team then set their eyes on getting one of the most talented 358 drivers in the Northeast Chris Raabe.

The 28-year Raabe comes with a full resume of experience, with 169 wins under his belt along with seven 358 track championships at five different tracks. Chris also has 227 top-five finishers in the 358 class out of 416 starts. For Chris, this is an opportunity to run a new series and rules package which boasts some of the best racers on dirt.

“Racing locally at my home tracks, I have always been very competitive when the big series race comes to town, but this is a chance to get out on the road and into new territory,” stated Raabe.

Moody Mile Motorsports also has their sights on competing in the DIRTcar 358 events as well.

“We are very excited to have Chris come on board as he is a really good driver,” explained Wes Moody.  “Chris will have two cars to his disposal along with a great engine program from Andy Costello, who has over 25 years of experience in a high-performance engine building. We plan to race the Brett Deyo Short Track Super Series for the North Region, which I think is a 10 race series.

“We are also looking at the possibility to race in the DIRTcar 358 series races from time to time over the season, which again, is also exciting for us. So it’s shaping up to be an exciting season for sure for our team.”

As for the Chris Raabe Racing Team, who are the current 358 Modified track champions at Mohawk International Raceway, they are still planning to race Mohawk on Fridays.

The team is also gearing up to race Cornwall Motor Speedway on Sundays, but as for Saturday, there are still no plans set on where they will race that night.

For Chris the move to the Short Track Super Series is definitely exciting.

“I am excited to venture to new race tracks this year,” stated Raabe.  “Those races are extremely competitive and will only help improve our current program at home.”

Raabe hopes this new racing venture will show the racing world how talented the young Canadian driver is and that Moody Mile Motorsports will shine having Chris behind the wheel of there car.