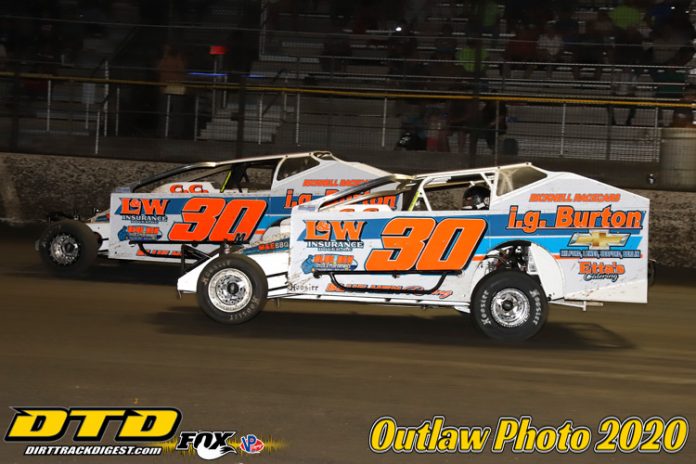 Ronnie Johnson fans might not have easily recognized the car he was driving at Volusia during this year’s DIRTcar Nationals.

It wasn’t exactly the 2RJ that he runs in Eastern New York.

Last night, prior to time trials, Ronnie told Dirt Track Digest, “I feel we had a decent car in hot laps and we’ve been working on it. This is a new car and team. On the first two nights I feel we’ve really been gaining on it. It’s a new Bicknell and it is a good car.”

How running the 30 came about was explained, as Ronnie said, “Eugene and Jamie Mills are co-owners of the car. My Dad and Eugene have been friends for over 35 years. Jamie was racing, but hurt his back and isn’t racing.”

Continuing he said, “I have known Jamie for years and we been friends since we were kids. They asked me if I was interested in driving the car down here and to drive for this team is an honor.”

On night two Ronnie said, “We were up to 12th last night and it feels pretty good to go.”

It is quite evident that time trials are critical at Volusia and on Thursday night he timed sixth in his group and finished sixth in the heat. He finished second in the consi, started 22nd and finished 17th in the 26 car field.