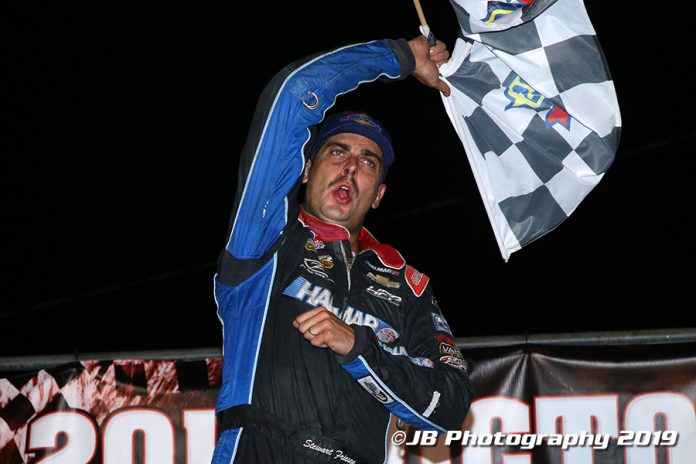 Ryan Newman was with the dirt track modified folks last week in the pits at Volusia with Stewart Friesen.

Dirt Track Digest reached out to Friesen as he was preparing for this week’s trip to Las Vegas for his thoughts in regards to the injured driver.

Stewart said, “The racing community as a whole is pulling for him right now. Obviously his injuries are serious and over the next few days we’re all just hoping and praying for more good news.”

Continuing he said, “Last week I ran into him doing some Fox media and he asked if we were running a Modified at Volusia. He came out and checked us our, was pretty interested in the rear geometry of the car and gave me a few ideas of things that we might be able to try down the road.”

Thankfully, Newman was released from the hospital on Wednesday afternoon.  Ross Chastain will drive the No. 6 Roush Fenway Racing ride this week at Las Vegas Motor Speedway.