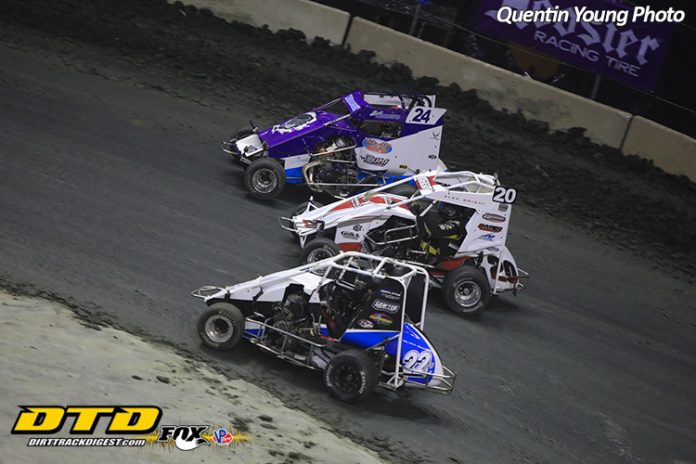 The four heat winners as well as the second and third place finishers locked themselves into the 50-lap main event Saturday.

In heat one, won by Bright, Eddie Strada and Brendan Bright, the race winner’s brother and teammate, followed him into Saturday’s A-Main as qualifiers.

“The top was the place to be in this race,” Bright said. “I wasn’t moving down from there even though it got a little slicker in the last few laps.”


The second heat, won by Buckwalter, saw Billy Pauch, Jr. and Brian Carber transfer into the A-Main as second and third place finishers.

“I like the track,” Buckwalter, who like Bright used the high groove throughout the race. “I hope it holds up just like it did tonight for the A-Main Saturday.”

Scott won in a car owned by his uncle that he had never driven before. “I lost two engines at home putting my car together and missed practice,” Scott said. “We didn’t finish working on this until this morning.”

“I don’t like to win this way, but I’ll take it,” Bozowski said.

The clay track, which had proven to be challenging in Thursday night’s optional practice sessions, remained table top smooth and yielded multi-groove passing opportunities throughout a night consisting of 14 races totaling 180 green flag laps of racing.