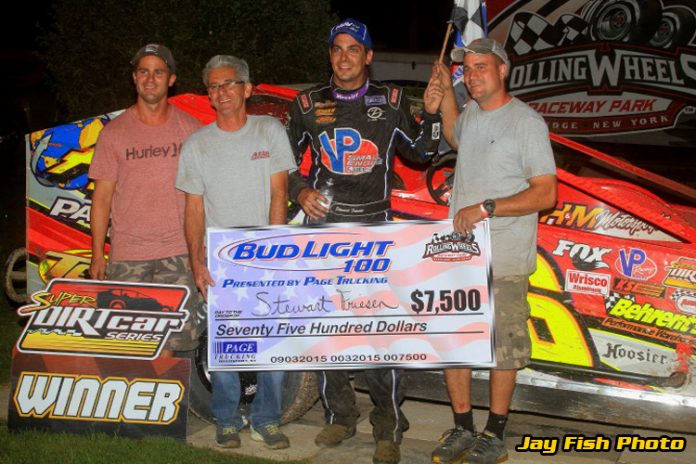 I am heartbroken as I sit here at my desk mourning the loss of my friend Jared Petruska. Hearing the awful news this afternoon was truly devastating. I just sat in my office and stared at my computer as a numb feeling came over me. It’s hard to lose anyone regardless of their age but when you lose someone at such a young age with so much ahead of them and so suddenly it just hurts that much more.

I don’t profess to be a close friend of Jared’s but as a writer, and more importantly as a fan, I came to be a friend of his over the years.

The Atlas Paving No. 66 was an iconic car which saw some of the best drivers that have ever strapped themselves into a modified behind the wheel. Drivers such as Stewart Friesen, Duane Howard, Bobby Varin, Danny Johnson, Ryan Godown and most recently Tim McCreadie just to name a few have wheeled the legendary car to many many wins over the years. My job as a writer put me in close proximity to the team as I waited to interview the team’s driver after a night of competition. Jared was always willing to talk to me as I waited outside the teams hauler for the driver to emerge.

Throughout the years I got to know Jared more and more to the point where we exchanged phone numbers and would text each other (mostly me texting him) if either one of us had a question regarding racing. Jared was always honest with me and would tell me the scoop of who would be driving their car and where and would tell me ahead of time knowing that I wouldn’t say or write anything about it until he gave me the okay. I would like to think we had a trust between us that would’ve always been there. I always made it a point to stop at their hauler to talk to him whenever our paths crossed at a race track and it wasn’t always about racing but about life in general.

I will miss those days but my missing him pales in comparison to the hurt and gut wrenching agony his family is feeling tonight. Jared was in a good place in his life these days as he and his wife Maria were expecting a child in June and I knew the excitement he must’ve been feeling.

I honestly don’t know how to end this tonight as I sit here thinking about today’s tragic events.

God Bless Maria, Mike Sr, Helen, Mike Jr and Eric. My thoughts are with all of you and your families tonight while you are grieving this terrible loss.

Godspeed and RIP Jared, you will be missed buddy!