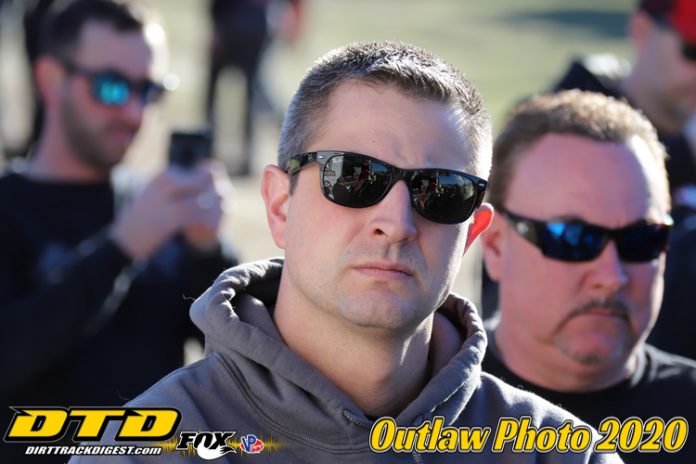 Matt Sheppard stunned the world on Tuesday afternoon when he announced that he plans on attending the Orange County Fair Speedway for weekly action on Saturday night rather than his traditional home of the Land of Legends Raceway.

He summed the decision best when he said, “It was something that was in the back of my mind, so we decided to give it a shot.”

Dirt Track Digest spoke with Sheppard on Tuesday night at length about his decision. It was one that didn’t come easy, but several factors played into the ultimate choice to leave Land of Legends Raceway to compete at the Orange County Fair Speedway on a regular basis.

“They switched the surface down there,” said Sheppard. “It’s racey, it’s easy on tires, it’s easy on motors and it’s easy on cars as long as you don’t wreck. It’s about as easy as any place I can think off. The second part is the money they are paying out. The point fund, the weekly purse, anybody that is willing to pay out that amount of money and has a racey, smooth, slippery surface every week…it’s hard not to support them.”


There is no doubt that Sheppard is going to miss Canandaigua aka Land of Legends. It’s been home for a long time. He still plans on being there when he can, but everything at Orange County was too much to pass up.

“I think they (OCFS) have six Saturday nights off,” mentioned Sheppard. “I think I’ll probably venture over to Canandaigua (Land of Legends Raceway) those nights. My heart has always been at Canandaigua. I grew up there and I love it. It was a tough decision. It was something I wanted to take a shot at. Obviously, the money is there as long as we perform. Hopefully we are up to the task.”

Sheppard plans to chase the $3,000 to win weekly big-block purse as well as the $25,000 to win title. The small-block racing will be on and off, depending on the week. The small-blocks race on several nights when Sheppard has other commitments or doesn’t have to run the big-block.

“Right now it is just big-blocks, maybe hit and miss a few small-block shows,” cited Sheppard. “If I have a small-block in a car and it fits the schedule, but we are basically concentrating on the big-block stuff.”

Sheppard races for a living and considering the money being put up at the Middletown facility it just makes sense for the Waterloo, N.Y., driver to make the four hour plus drive weekly. It could be a very profitable year.