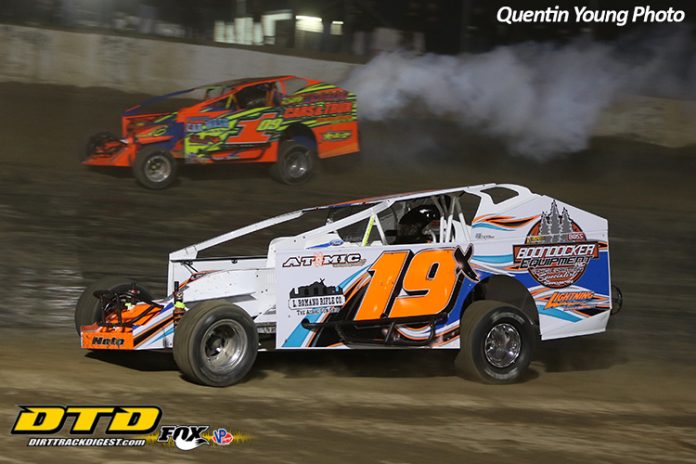 Add Andy Noto to the list of big-block drivers if the 2020 season ever commences.

The Oswego, N.Y., driver is taking the next step in his racing career as he explained, “Well, our plans for 2020 are to run full time at Brewerton and as many Super DIRTcar Series and Weedsport shows as we can work depending on my schedule. I just started a new job that requires me to travel a bunch during the outage season (nuclear industry) in the fall and spring.”

This team will be a bit different from other big-blocks as Andy explained, “My dad (Mike) is a huge Ford guy. He does all my motors and we are dedicated to do this now. I really felt that we were at a disadvantage last year running a small-block Ford. The Ford is known for good power on a big track. Fulton is more of a stop and go type track.”

Continuing he said, “My father taught at Oswego BOCES for twenty plus years and he’s one of the smartest guys I know. His love for Fords started many many years ago. They made good power and not a lot of people ran them. He always liked doing his own thing. With that said, it’s been very challenging over the years to find the right combination. When you are the only one doing something it takes a bit longer.”


You can usually find Andy and Chad Phelps together as they appear to have a brotherhood. Andy said, “Chad has always been there since I got started running dirt. He has been a big help. He’s run my cars and I have run his a few times.”

Chad never shifted over to the 358 division and Andy noted,  “We have hot irons in the fire to run 358 shows this coming year.”

When the car hits the track, the Noto team will have support from Alamo Gun Shop, Fenton Ford of Camden, Atomic Rods and Boondocker Equipment of Syracuse.