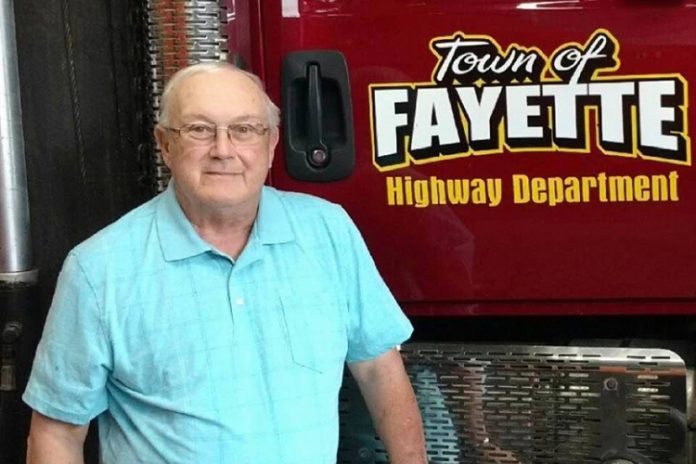 Modified and Empire Super Sprint Car owner Bill Trout Jr. recently passed away, but the memories of the past will long live in the minds of former drivers.

Bill was long involved in racing for quite some time as his name was announced numerous times over the public address systems at Central New York Speedways. For several decades he worked for the Peter Koch family dealerships in various capacities, with several years spent as the General Manager. Towards the end of his career in the auto industry, he owed Bill Trout Lincoln Mercury in Seneca Falls N.Y.


“He was a great guy who loved racing,” said Matt.  “Some of my earliest memories being around the track, shop and racing in general include Bill. I can remember being a little kid, having the day off at school and going to the local diner to have lunch with Bill, Gary Tomkins, John Birosh and my dad. All we did was talk racing with the guys.”

Continuing he explained his involvement in racing by saying, “It evolved when Alan (Johnson) and Gary (Tomkins) were driving his cars that they were kept at my dad’s garage behind the house. As a kid I was out there tinkering with the cars every day and eventually I got into racing myself.”

Matt noted, “My first car was lettered the same as Gary’s Modified and my first Sportsman was one of Bill’s cars as well as a former Gary and Alan car.”

In regards to the man, Matt said, “He was always a joy to be around. He was quick witted and a ball buster in a nice kind of way.”

While Matt grew up around Trout who had a life long impact on the then youngster, Gary Tomkins also had a lasting relationship with him.

Gary said, “I wouldn’t say I knew Bill my whole life, but I don’t remember when I met him. He was a few years behind my dad in school and my dad’s best friend. Ken Colegrove drove one of the first cars that Bill ever owned.”

Bill came to Gary’s assistance after high school as Tomkins said, “The first time he really helped me was when I was in college and looking for a part-time job. I moved some cars around to and from auction and stuff like that for the dealership he worked at, but I needed more work than that so he and John Birosh got together and I went to work in John’s shop helping to build cars, then moving on to building bodies for the cars he built. I also worked on the Modified that Bill owned and that John drove.”

Continuing he explained, “I ended up buying one of the cars that Bill owned and I ended up using as my Sportsman car. Working for them allowed me to learn about Modifieds, plus get to know people in the business. When John went to work for Troyer for a short time I followed him there, ended up staying for almost 10 years. I still helped John in his shop. I met Darrell Simmons through Troyer which led to my first Modified ride with him.

“In 1996 Bill put together a Modified team with Honeoye Auto Parts Sponsorship and Alan Johnson drove the car and Stu Sheppard was the crew chief. Matt Sheppard was on the crew. They split after Super DIRT Week that year and Bill called and asked if I wanted to run Eastern States Weekend for them. We ran decent, but got a shock tower knocked off during the 200.”

From there it became more of an involvement as Gary noted, “They decided to hire me to drive after that. That team became the Honeoye Auto Parts team when Bill got out of owning cars around the turn of the century. By that time Matt and Stu had left the team to start Matt’s Sportsman career.”

Reflecting on Trout, Gary said, ”Bill was a good man. Sure he would seem a little gruff at times, but that wasn’t how he really was. We shared a birthday…March 4.”

Central New York has lost another dedicated person who supplied excitement for the fans, but also rides for capable drivers.

His memory will live on.