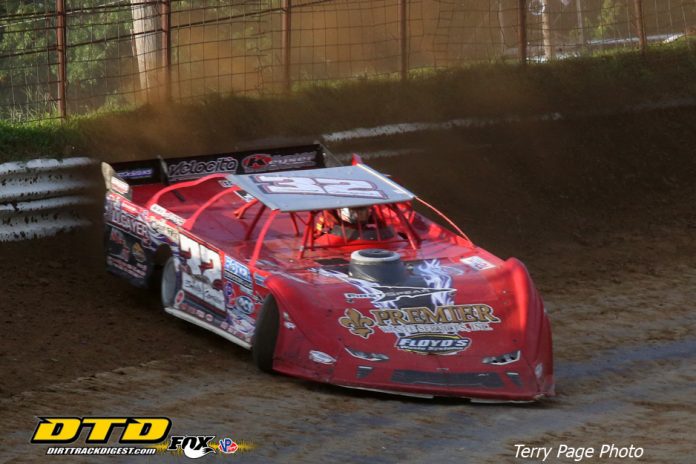 CHARLOTTE, NC – The Greatest Show on Dirt did not disappoint in its Wednesday Night iRacing debut, earning itself a sequel as FOX Sports confirmed today the addition of another World of Outlaws iRacing Invitational, live from the virtual Knoxville Raceway on Wednesday, April 8 (8:00 PM ET) on FS1. This will be the second installment of a weekly FS1 series of iRacing events featuring drivers from across multiple disciplines and various virtual racetracks.

In real life, the World of Outlaws winged warriors travel coast-to-coast fending off the challenges of all comers across some 90 races, in the most grueling schedule in motorsports.  Things won’t get any easier this Wednesday as dirt track standouts David Gravel (WoO), Bobby Pierce (DIRTcar Racing), Scott Bloomquist (WoO), Logan Schuchart (WoO), and Brian Brown (Knoxville 410 Sprint Track Champion), face off again against Kyle Larson (NASCAR), Christopher Bell (NASCAR), Cruz Pedregon (NHRA), Ron Capps (NHRA) and more.  Just like in real life, you never know exactly who might show up to challenge the Outlaws. This past Wednesday, two-time NASCAR Champion Kyle Busch shocked fans with a last-minute entry. Tune in this week to find out who is next!

The one-hour program will once again be set up as a double header with the World of Outlaws NOS Energy Drink Sprint Car Series and Morton Buildings Late Model Series on the high-banks of Knoxville Raceway in Knoxville, IA.  The Sprint Car Capital of the World hosts holds the paramount sprint car event in the country, the Knoxville Nationals.

“This week’s broadcast may have been virtual, but it felt very real, from Johnny’s 4-Wide call to the tale of two different winners,” said Ben Geisler, Chief Marketing Officer for the World of Outlaws.  “Christopher Bell (Sprint Car Winner) is one of NASCAR’s hottest rising stars, and while his win was hard fought, it was hardly a surprise; but local racer Trent Ivey’s win (Late Models) is exactly the brand of ‘the unexpected’ that makes our series so unique.”

Adam Alexander will continue to host, along with fast-paced calls of Johnny Gibson, The Voice of the World of Outlaws, calling the action. NASCAR Hall-of-Famer Jeff Gordon, who began his career on dirt, will again be paired with NASCAR CUP SERIES driver Clint Bowyer.

“There is no way last Wednesday night would have been done with the same authenticity and energy if Johnny hadn’t been with us,” Alexander said. “He is THE voice of the outlaws. I first worked an Outlaws race with Johnny in the late ‘90s, and he has the same passion for the series now as he did then. He drove round trip from Pittsburgh to do that show. He told me when he arrived home at 4:40 AM, after a 6.5 hour-drive … he couldn’t sleep because he was still so excited, and that excitement came through.”

FOX Sports also continues its coverage of the eNASCAR iRacing Pro Invitational Series from virtual Bristol Motor Speedway on Sunday, April 5 (1:00 PM ET) on FOX*, FS1 and the FOX Sports app.  If you missed the first Wednesday Night iRacing, you can watch it again Sunday April 5 (12:00 PM ET) and then stay tuned for this week’s eNASCAR event.