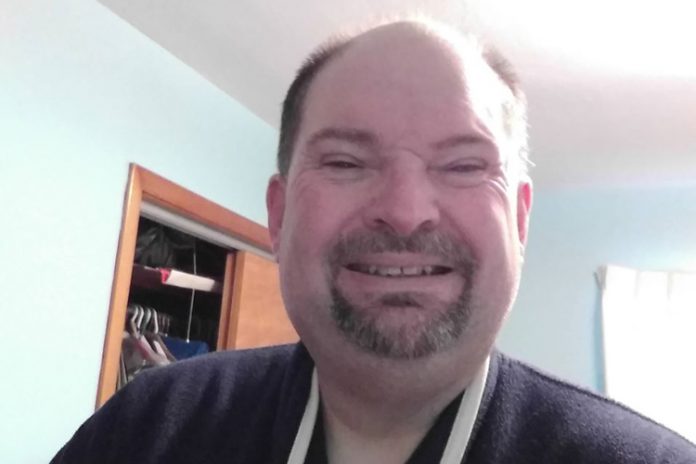 J.R. Kennerup Jr. has been a fixture at Southern Tier and Central New York tracks for decades.  In the past several seasons he’s spent his time at the scorers table at the Fulton Speedway.

In this edition of Dirt Track Digest’s Behind the Scenes, we meet this long time race official.

J.R. Kennerup: “I was born into a racing family. Dad had a car that raced at Five Mile Point.

DTD: What are you doing at the track you are currently at?


JK: “Currently, I am the scorer and handicapper at Fulton Speedway. Doing both at the same time takes plenty of organization and good people are working with me like Megan Rowe and Tim Farrell.”

DTD: Explain duties as if no one understood what you do

JK: “Scoring is tougher than you think and you have to develop your own style of scoring. For example, even though we have computer scoring there are times when the computer goes down and then for lines up and finishes you have to go to the hand written scoring. When you score you don’t score the cars at the finish line. You kind of cheat up the track a little bit as it helped you stay ahead and on the last lap you score them at the line. My style of scoring I use many letters and parts of numbers. For example Pat Ward is P, Larry Wight is L, Billy Whittaker if 09 etc. You have to have a knack to score and people nowadays don’t have the time or patience to learn. Handicapping is done by Gary Spaid at DIRTcar, but that is basically your last three weeks of feature finishes, the better you finish the farther back in the heat and feature you start.”

DTD: What is the favorite part of the job?

JK: “My favorite part is knowing that you scored everyone correctly at the end of the night. Not one is perfect, but scorers are expected to be 100% nightly and honestly most nights I am.”

JK: “The least favorite is when you agree with a driver when he is arguing a scoring decision, but due to the rules that you are following you have to go against them in a decision. We had a lot of that before computer scoring came in.”

JK: “Yes, I am a race fan and my reputation of being fair and honest preceded myself and most driver know it. It’s tough enjoying a race, but there are different parts of a race that I enjoy when I’m working a show. It’s different when I am race writing, but I like the good side-by-side racing that can take place all over the track.”

JK: “The best memories are my dad’s car winning the last ever race at Mid State, being on the crew of Brett Hearn when he won his sixth Super Dirt Week, having the finishing order of the race before the computer has it which happened two years ago in Fulton for the World of Outlaw show. Being told by a traveling series official that you’re one of the best.”

JK: “The toughest is being at a track when a driver loses their life and I’ve been there too many times to recall. It is a sickening feeling.”

JK: “I keep doing this because I love the sport and there is no one younger coming along and I do enjoy the friendships I have made through the years.”

JK: “Yes, my dad owned cars that were driven by Joe Donahue Sr. and Bob Sanderson. My folks encouraged me to get into racing because I loved it so much at an early age. For scoring it was Jeff Gromis and Mike Monnet as they both got me into scoring and taught me how to score, for writing it was myself and I just felt people wanted to read about my opinions and what was going on at the tracks.”

Editors Note: If you or someone you know would like to be part of the DTD Behind the Scenes series send a note to