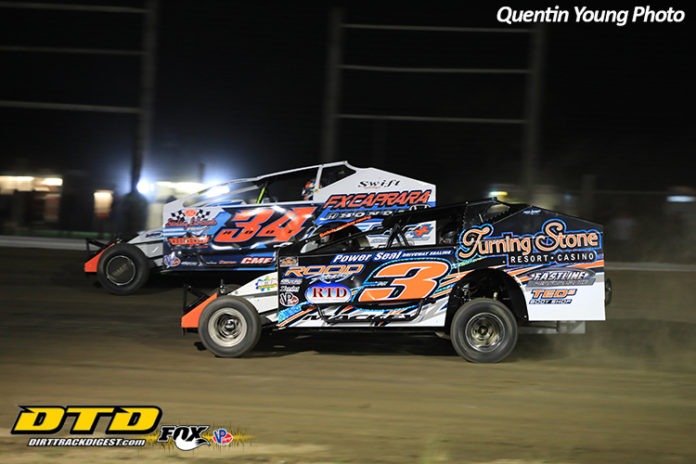 VERNON, NY — After a successful opening day last Wednesday at Utica-Rome Speedway, Bill and Kim Shea announced the DIRTcar Sportsman Modified Series will be in action for the first time this season on Sunday, June 21 for a $1,000-to-win Central Region Series Feature at the Vernon track.

Plus, one random driver in the Feature will receive a free Hoosier Racing Tire.


Behind Root and catching him in the late-race was Zach Sobotka, another contender. He finished sixth last year in Central Region points and will be looking to crack the top five in 2020.

Those three top runners will be tough customers on Father’s Day, but a large field will make it difficult for any driver to get an edge.

As mass gathering restrictions remain in place to help curb the COVID-19 pandemic, no fans will be allowed in the grandstands, but as the regulations evolve follow social media for any updates.

Race fans can live stream the entire night of racing on Dirt Track Digest TV, where sponsors, team owners, and fans can watch their favorite drivers battle it out live online.